Love zombie games and this was very satisfying

Virtual reality meets the zombie apocalypse! Arizona Sunshine is an FPS built exclusively for VR that immerses you in a post-apocalyptic southwestern America overrun by zombies.

When you hear a flash of a human voice on the radio, your hopes surge – there are survivors out in the blistering heat of the post-apocalyptic Grand Canyon state! Armed with little more than your motion-controlled weapons and the scarce ammo and consumables you find along the way, navigate the hordes of zombies coming for your brain in your search for human contact. 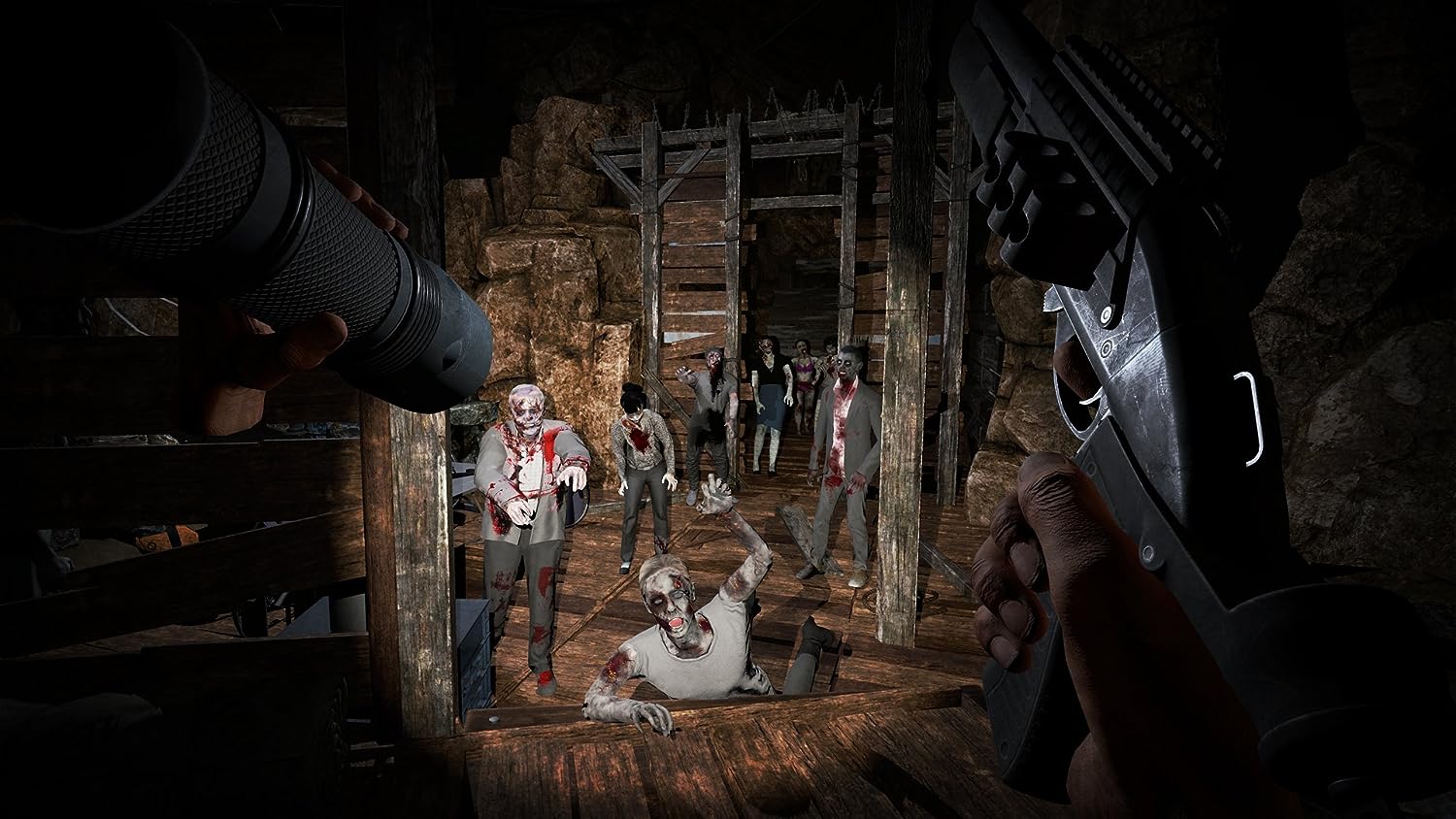 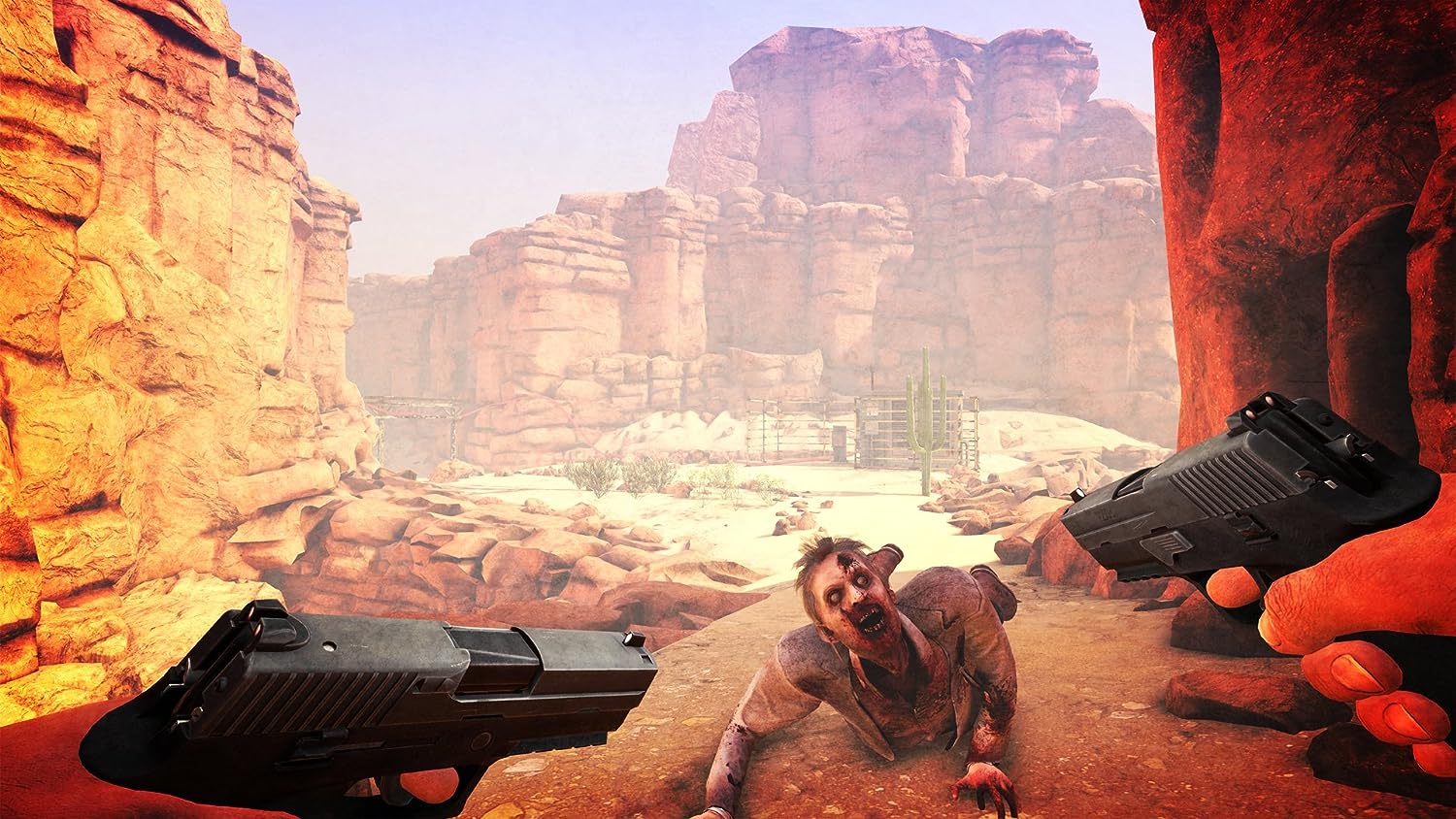 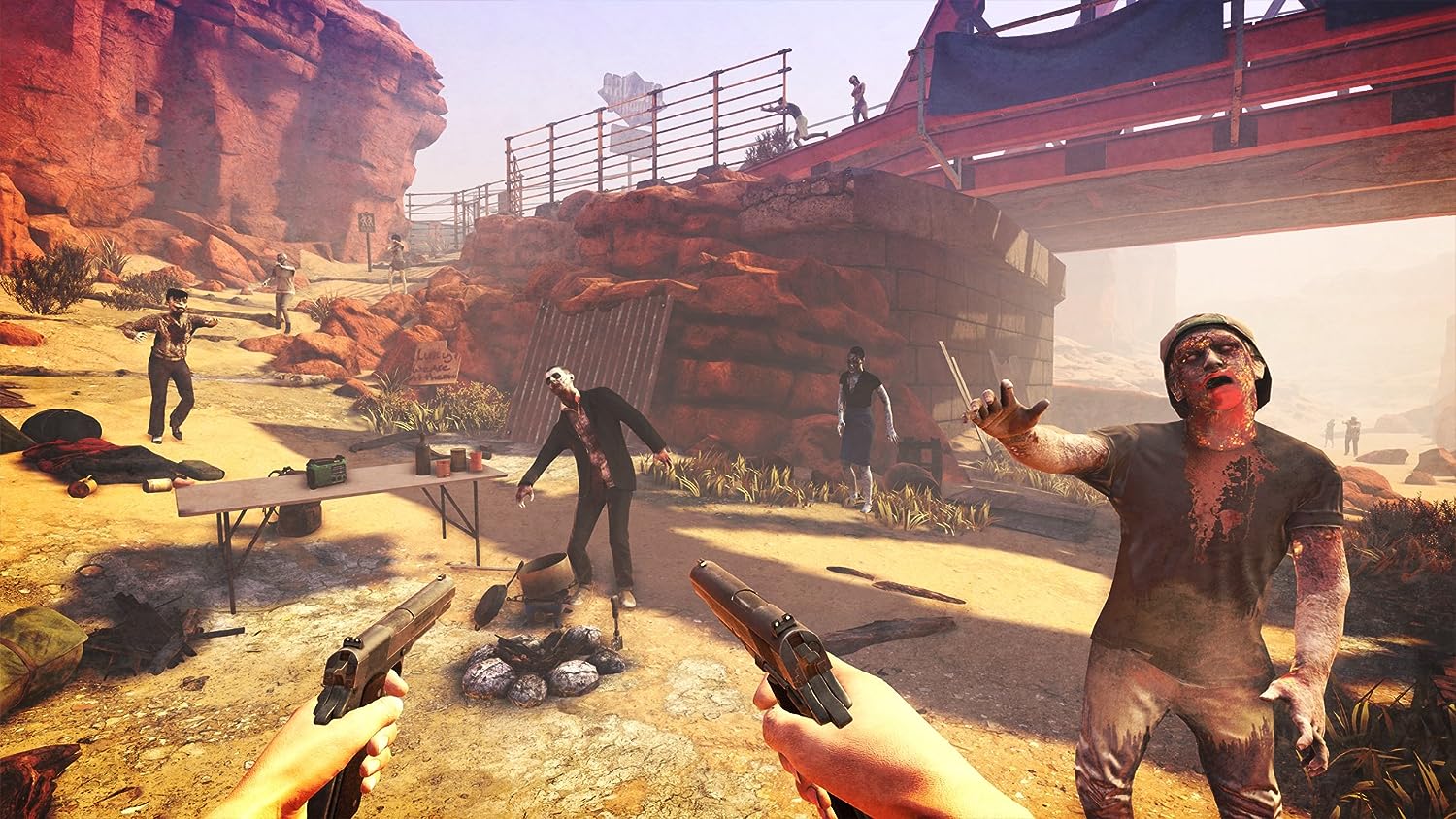 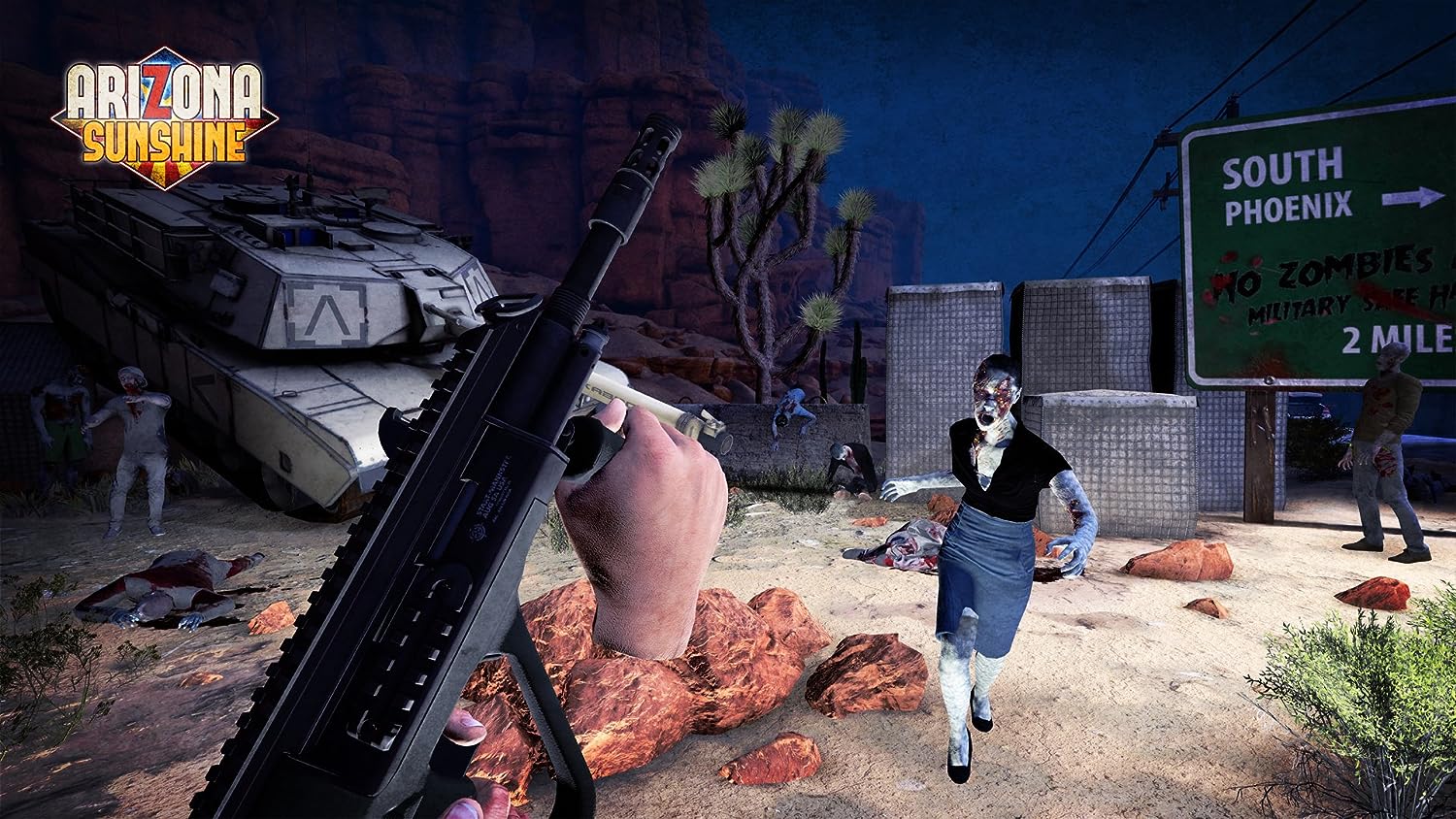 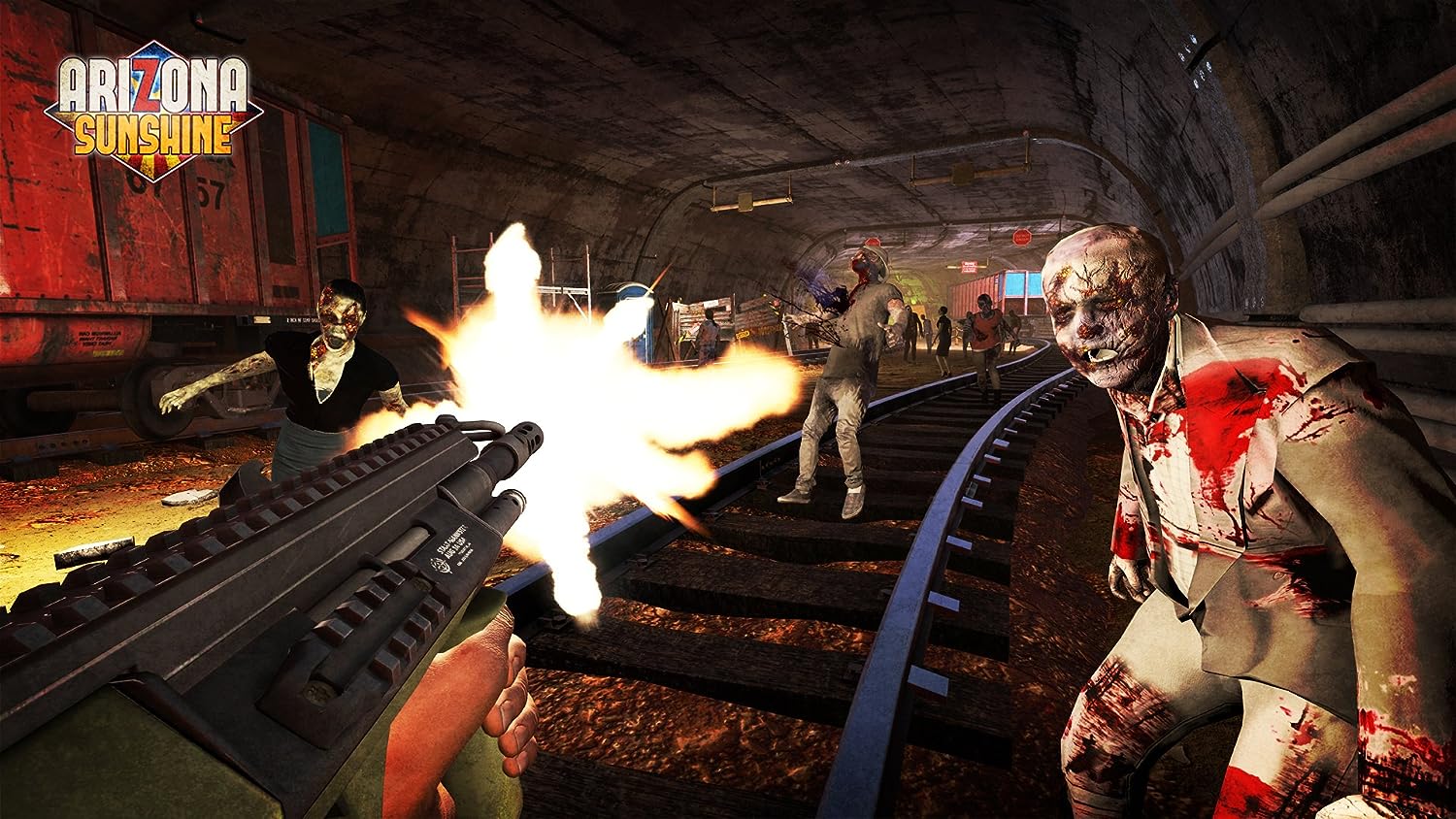 Full-size campaign: Built in VR-sized chunks that together form a full narrative 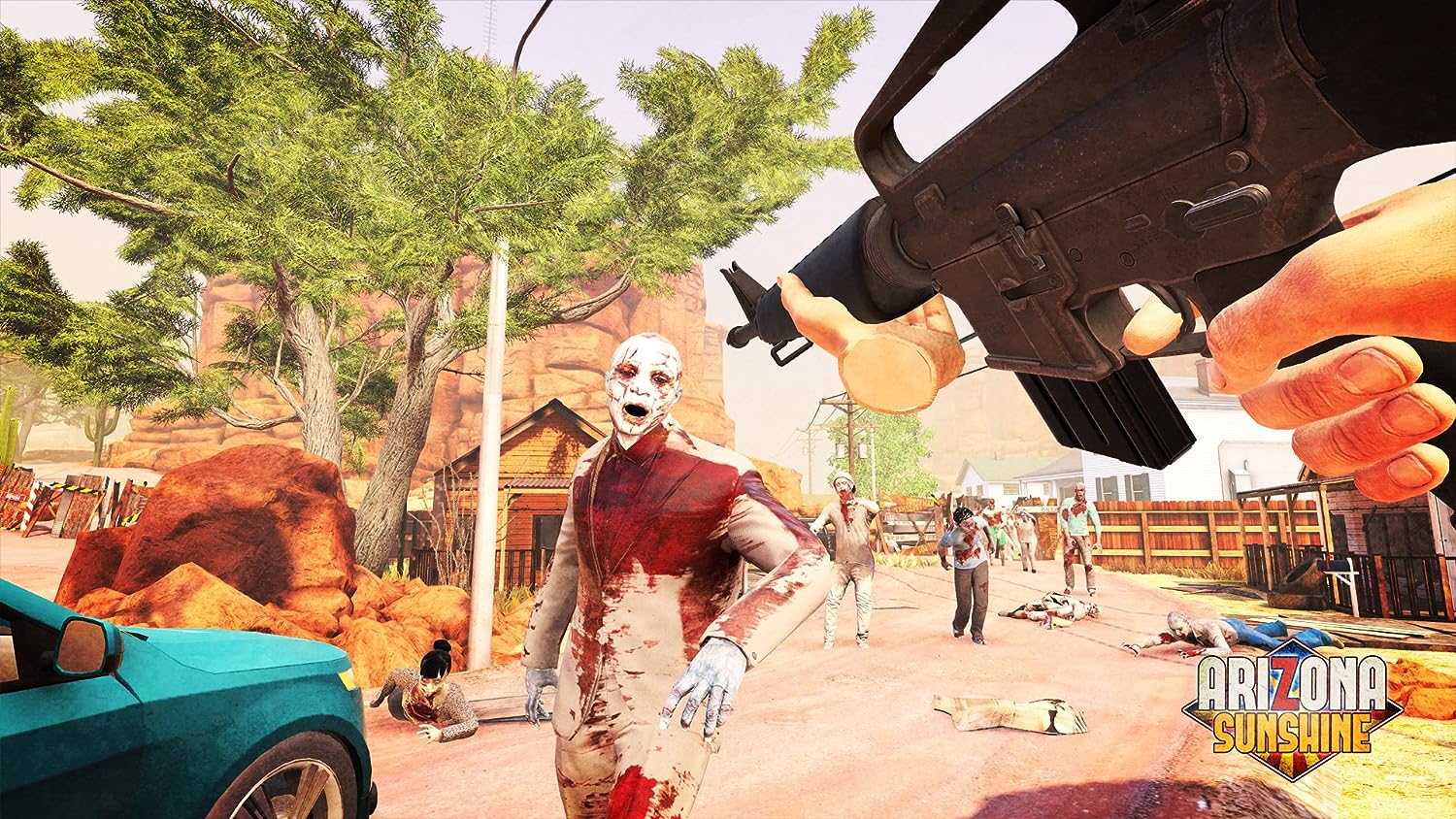 Arizona Sunshine is a Zombie shooter which is thankfully compatible with the Aim Controller. The aim gun is precise and movement can be set to smooth free motion. The game is fun to play which can get challenging as the levels progress. Watching the zombies coming at you is a mixture of amusing and unnerving, especially the latter when different zombie mutations begin to quickly surround you from all directions, so you’ve got to be on your guard and try to shoot on target every time before the zombies get a chance to over power you and eat your brains.

The classic way to kill a zombie is a head shot and also during a big wave of zombies shooting their legs off will stop some of them rushing at you while you concentrate on more faster aggressive types; you do also get to use grenades and there’s the usual environmental fuel barrels to explode. So if you have an Aim Controller the time has come to blow the dust of it and have a blast with Arizona Sunshine… plus the developers have announced a new DLC will be released called ‘Dead Man’.

Overall a great fun VR game for the Aim Controller.