WHAT A GREAT, FUN GAME WE REALLY ENJOYED IT

Join Captain ASTRO on an epic mission to rescue his spaceship’s lost crew-bots in this wild virtual reality platforming adventure. 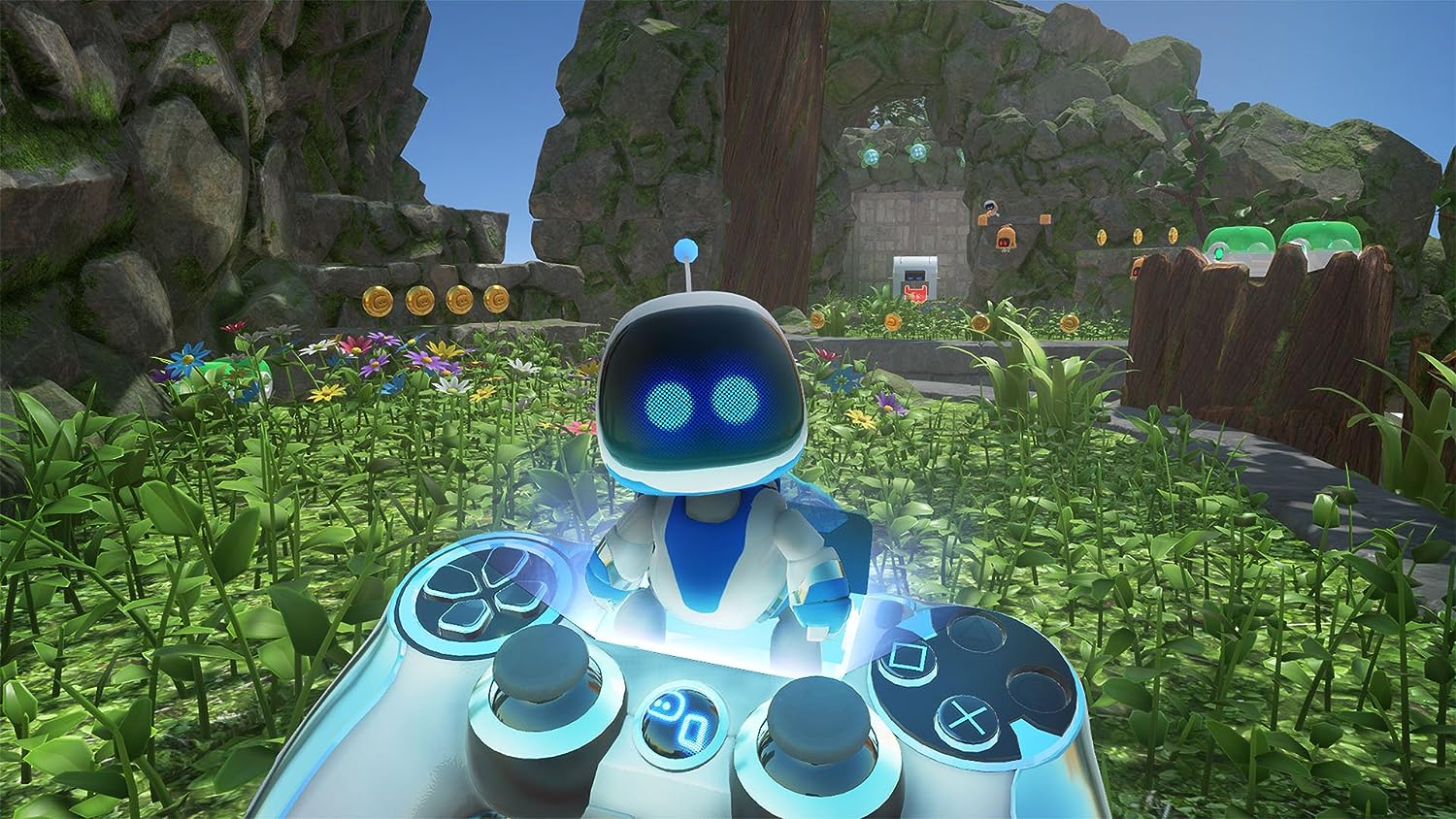 Work together with your little buddy to explore weird and wonderful worlds in full 360º vision, using your DUALSHOCK®4 wireless controller as a multi-tool weaponised gadget. 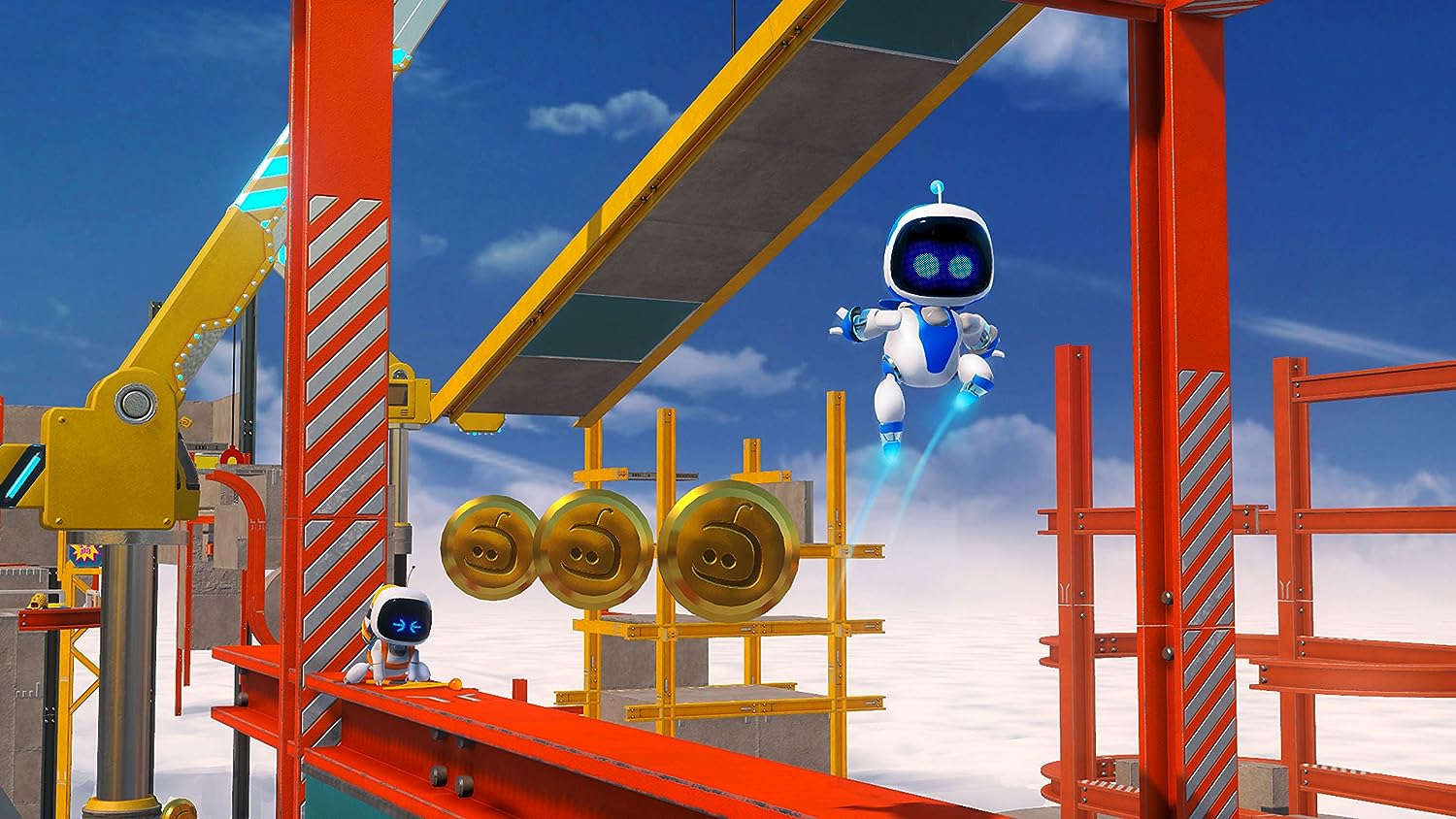 Help ASTRO run, jump and punch his way across city rooftops, sandy beaches and even through the belly of a whale. Listen carefully for SOS calls, find the crew… and then deliver a welltimed boot up the booty to send them whizzing into your wireless controller.

Virtually Incredible – Look in every direction and lean around corners with 360º vision, judging each death-defying jump and experiencing a mind-blowing sense of scale. And listen out for clues to find your bots with immersive 3D audio. 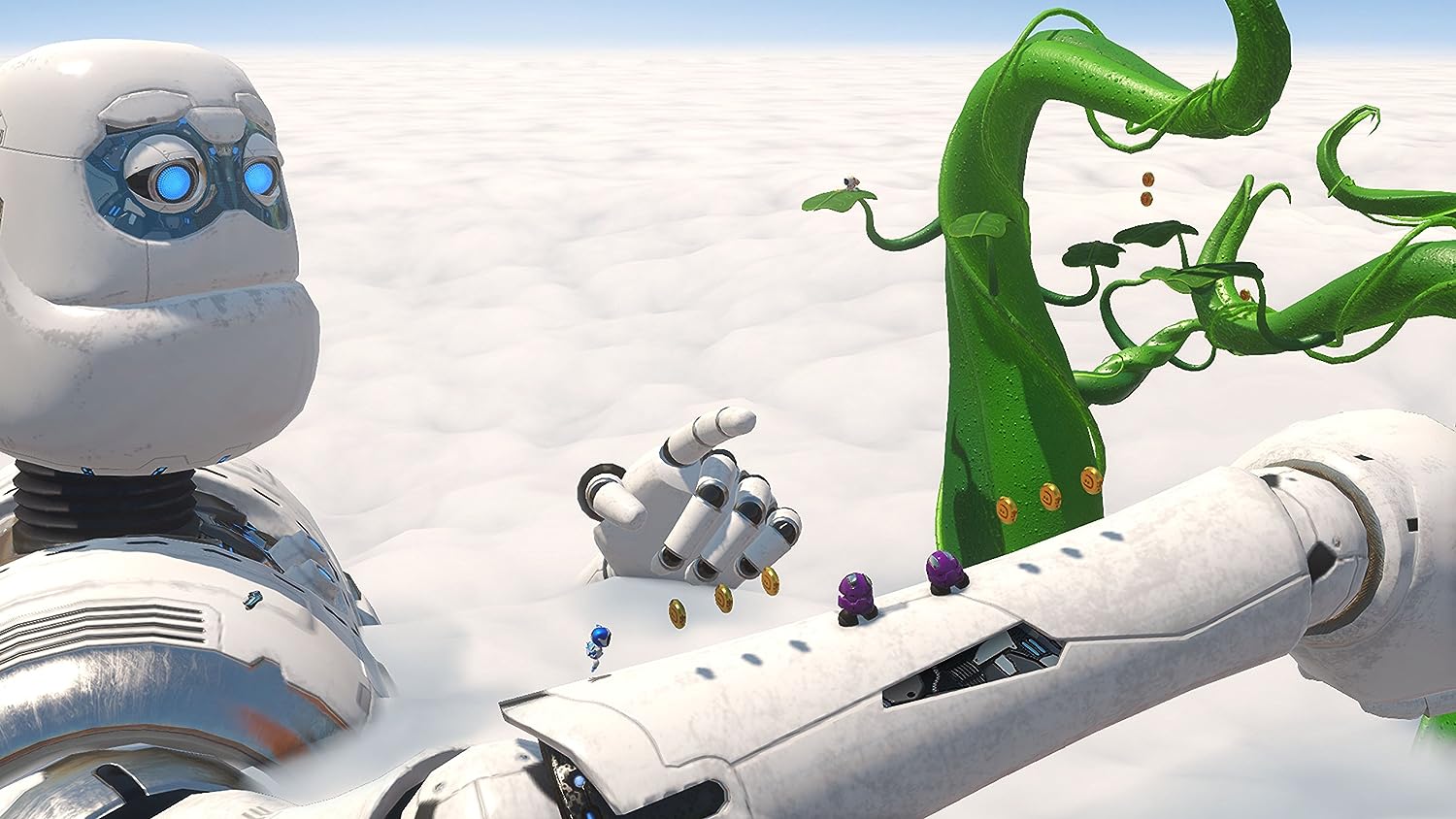 The Heart of the Action – Captain ASTRO can’t do all this without you, so become an extra character and help him out by activating switches, discovering new places and smashing up the environment. Watch out though, the enemy will be coming for you, too. 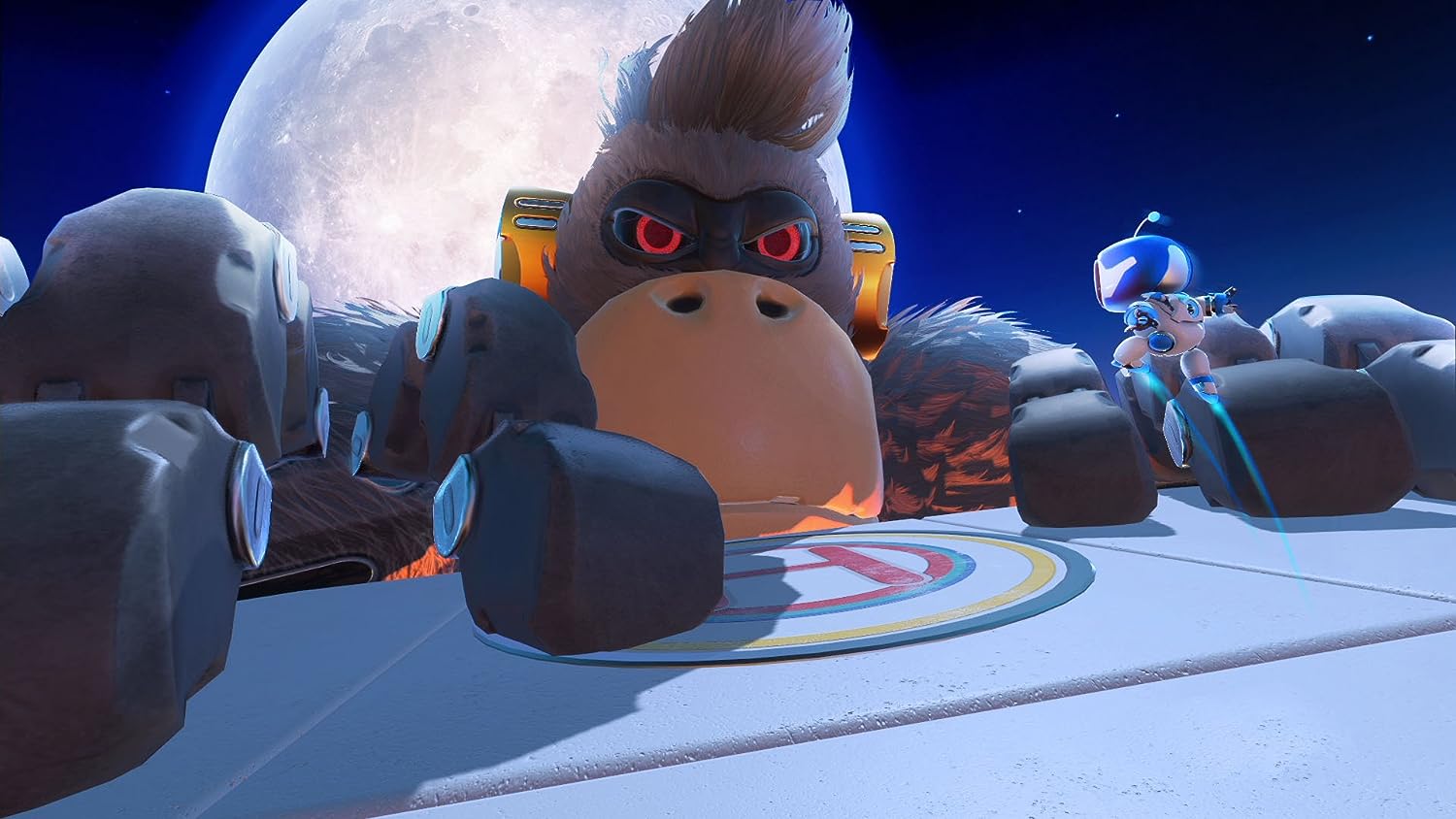 A Galaxy of Fun – Dastardly traps and mean enemies lie in wait in 20 levels across five planets – with even meaner bosses ready to block your path to victory. You can even unlock extra challenges by finding the hidden space chameleons. Yep, space chameleons. 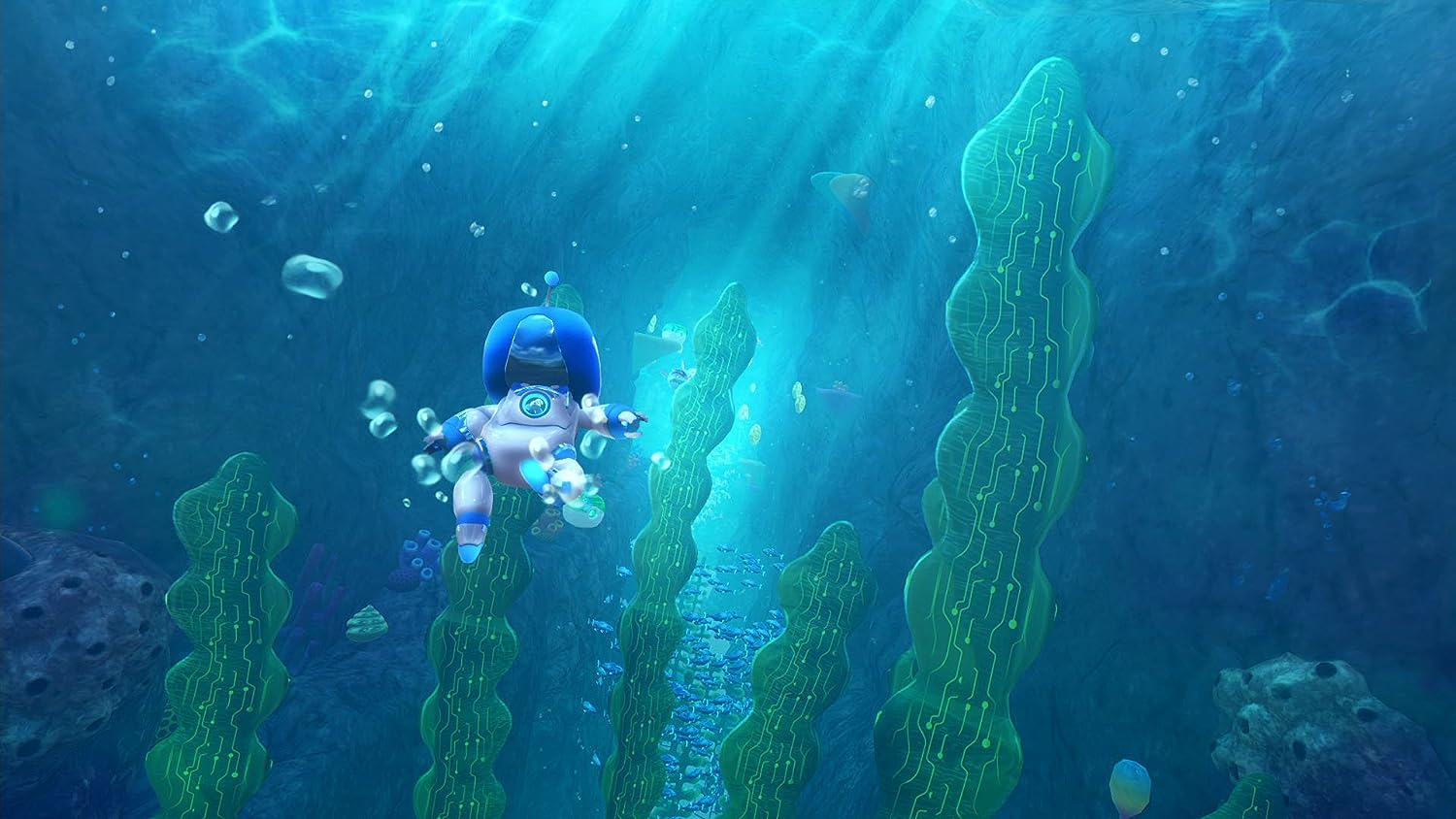 5 Gadgets, 1 Controller – A water cannon, a slingshot… or even cool ninja stars; your wireless controller can do pretty much anything. Chop through spider webs, annihilate enemies and create new paths and platforms for Captain ASTRO to investigate. 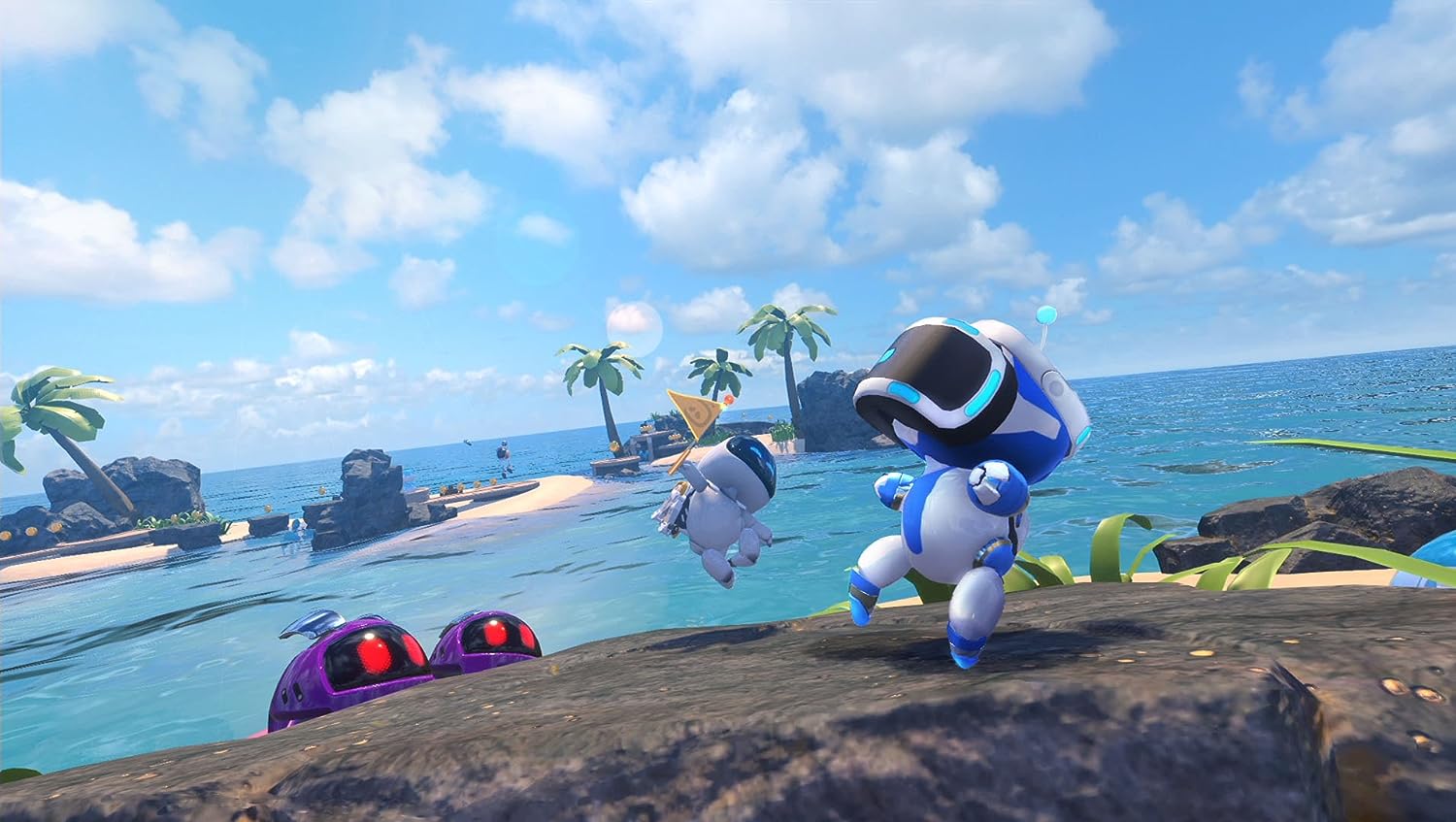 The game puts you in control of Astro, a robot tasked with finding his missing buddies over the course of 20 levels. Astro can punch enemies and jump over obstacles, using a jetpack like device to hover (which is very helpful in landing jumps in a 3D VR space). There are coins to collect as you run and jump through each level and special  space chameleon challenges

Astro Bot: Rescue Mission uses the DualShock 4 as an in-game multipurpose gadget. The PS4 controller is rendered as an object in virtual reality, just like in The Playroom VR. Players will use the controller as a grappling hook, a water cannon, a slingshot and more to solve puzzles, cross platforms and take down bosses.

Japan Studio puts the player into the action of Astro Bot: Rescue Mission as well. Players will have to head-butt objects in the game world to break through barriers, and many of the hidden bots require players to peek around corners or behind objects to find them. Astro and his robot buddies will look to you and cheerily wave, adding to the feeling of being immersed in the virtual space.