Developed exclusively for VR, Eagle Flight sends you to the skies of one of the most visited cities to experience the freedom of flying and heart-pounding aerial dogfights like never before! 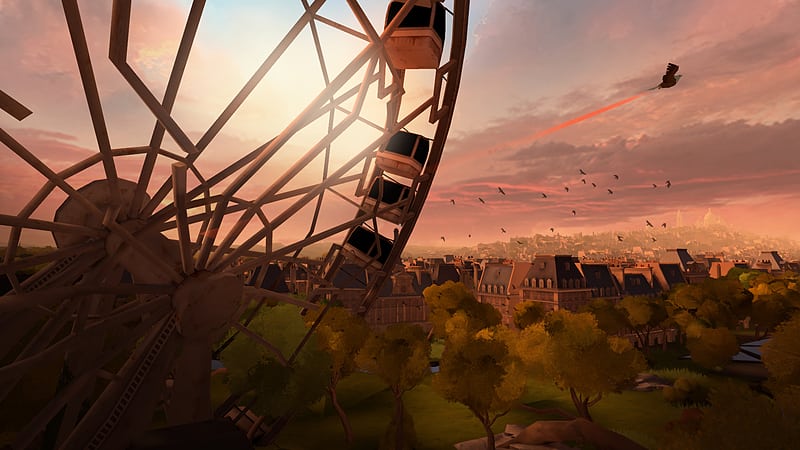 Fifty years after humans vanished from the face of the Earth, wildlife and nature reclaimed its cities, leaving you with a breathtaking city playground in Paris. As an eagle, you soar past iconic landmarks and dive through narrow streets in order to fight opponents and protect your territory 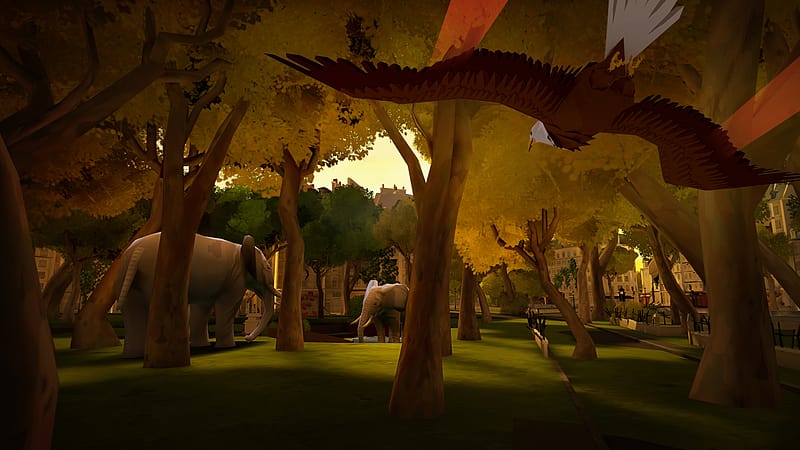 Featuring our VR control breakthrough, you will learn to perform intuitively impressive aerial maneuvers in just a few minutes. With other specific innovations, flying in VR has never been this easy and comfortable 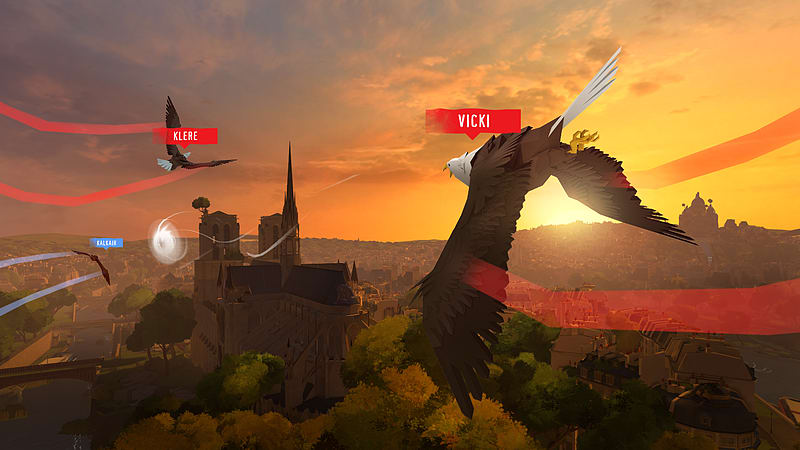 Whether you always wanted to experience Paris from a birds eye view or wanted to live the thrill of hunting like a bird of prey, Eagle Flight lets you fulfill your dreams 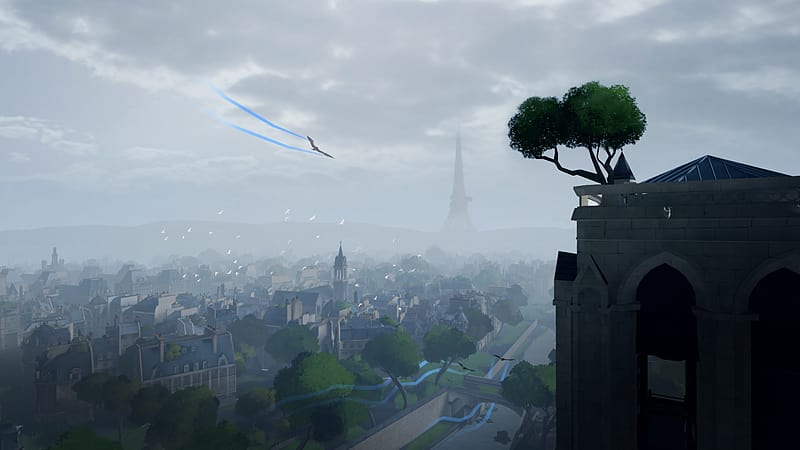 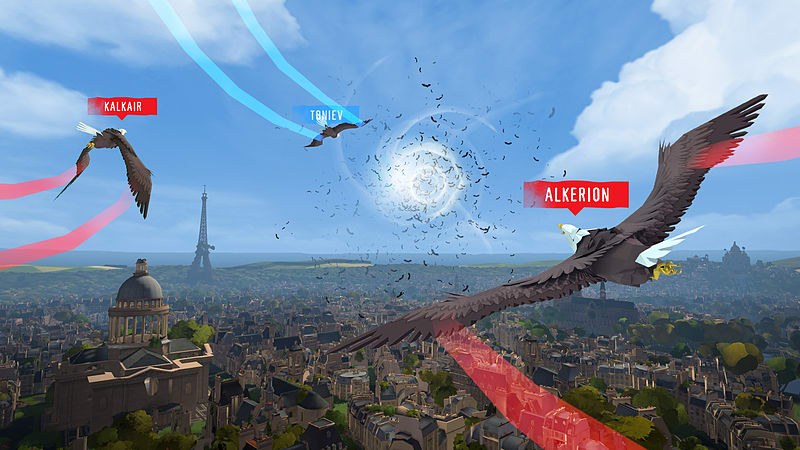 ENGAGE IN HEART-POUNDING MULTIPLAYER DOGFIGHTS Experience a true multiplayer adrenaline rush with up to 6 players! Use your piloting skills to lead your team to victory in two multiplayer modes. As a bird of prey, you will use the highest point of view to locate opponents and dive towards them to take them down. You will need precision and agility to gain the advantage, and use the city’s narrow streets and secret passages to lose opponents in pursuit.

ENJOY OUR VR CONTROL BREAKTHROUGH As a result of Ubisoft’s research on VR games, the team developed new flight controls that greatly reduce motion sickness and enable every player to quickly master their flying skills. In Eagle Flight, you control your trajectory by using the motion of your head. Taking full advantage of VR technology, this innovation lets you pilot intuitively with extreme precision while making Eagle Flight accessible to everyone.

IMMERSE YOURSELF IN THE MOST ACCESSIBLE AND COMFORTABLE FLIGHT GAME Eagle Flight was developed specifically for VR with the intention of delivering unmatched flight sensations while offering an incredibly comfortable experience. Thanks to the intuitive controls, high frames-per-second count, and many other developments that greatly reduce motion sickness, Eagle Flight is a full VR game that can be enjoyed by everyone.

Beautifully rendered, this is a different game and shouldn’t be compared to other games out there. It’s inventively made with amazing graphics and some tough challenges. Any motion sickness was faint for me and I usually am quite sensitive to VR games that aren’t so well made. I’ve played the game for almost two hours and it’s fun, even relaxing. Maybe a stress-reliever for some and probably NOT for every gamer out there. I recommend this game for someone looking for something different. Worth a look! And at under 30 quid, it’s not too steep a price, either.