At the edge of the universe…
Worlds away

Set off on a perilous journey into a hostile alien environment in  Farpoint, exclusive to PS VR. 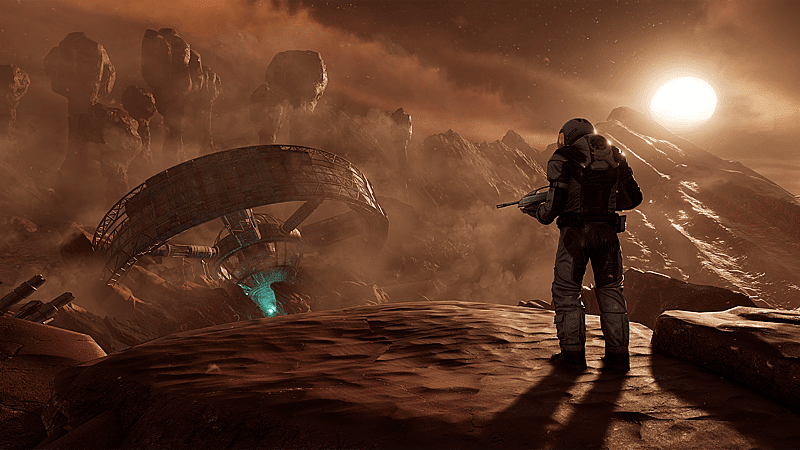 Having found yourself stranded on an uncharted extra-terrestrial world with only standard issue equipment to keep you alive, you’ll need to set off in search of a crashed space station – The Pilgrim ­– and its survivors to find a way back home.

Master an arsenal of primary and secondary weapons as you freely explore your surroundings, uncovering secrets of the strange Anomaly which marooned you. 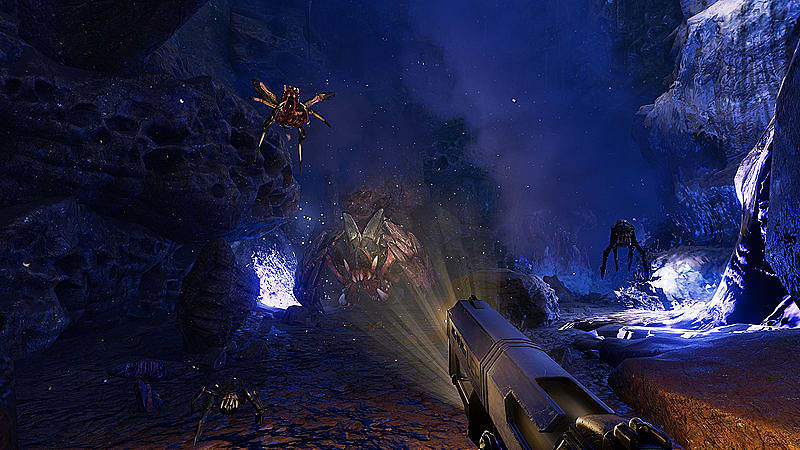 ” Like any good VR game, Farpoint makes concessions for the limitations of virtual reality. For example, in story missions enemies only ever come at you from the front, which lets you play the whole game without having to turn around much. By traditional shooter standards it’s boring design, but in Farpoint it helps stave off the motion sickness some people experience in VR and avoids issues with moving outside the bounds of where the PlayStation Camera can detect you or your controller (which can be a DualShock or the gun-shaped Aim). And unlike something like The London Heist or Until Dawn: Rush of Blood, Farpoint doesn’t feel like a simplistic shooting gallery because you can move around its environments freely. There’s also a wide variety of foes that behave intelligently in combat, and big levels that encourage you to pop from cover to cover as your enemies gain ground and try to flank you.” 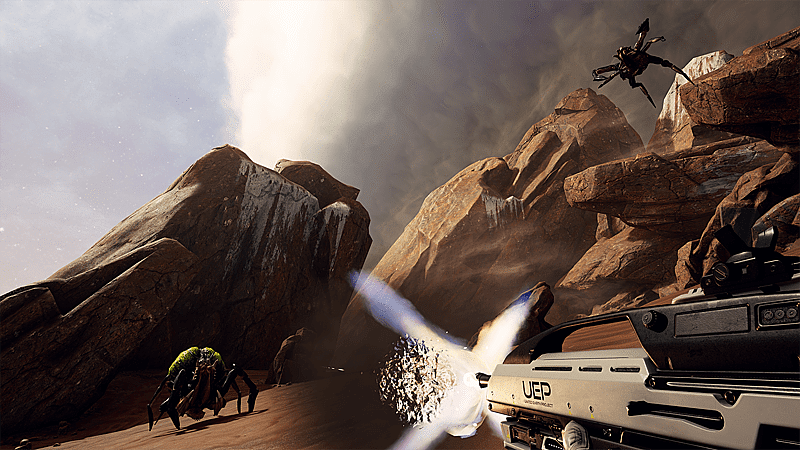 Suitable for 16 years and over. Not for sale to persons under age 16. By placing an order for this product, you declare that you are 16 years of age or over. 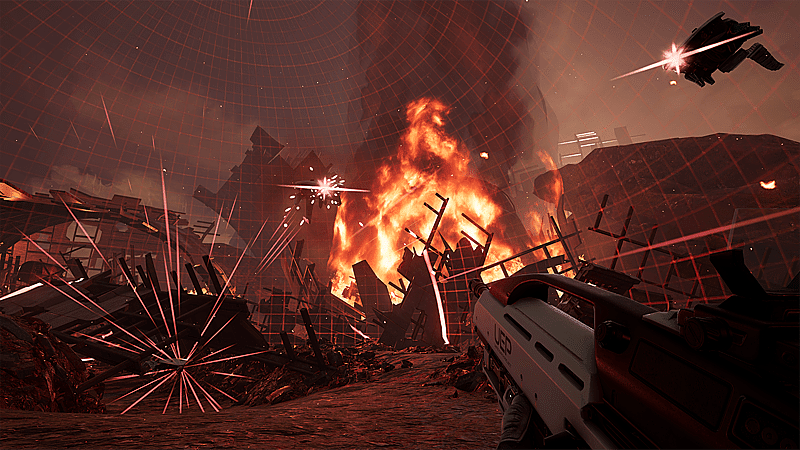