Moss is a single-player action-adventure puzzle game that, since its debut, has captured fans’ imaginations everywhere with its intuitive gameplay, creative design, and high degree of artistic polish. Moss has earned more than 20 global awards and nominations and incredible review scores. In Moss, the young mouse Quill must embark on an epic journey – and she needs you there by her side. Together, you’ll travel to forgotten realms, solve challenging puzzles and battle menacing enemies. Alone, no one can conquer what you’re up against. But united you just may defeat even the darkest of villains. 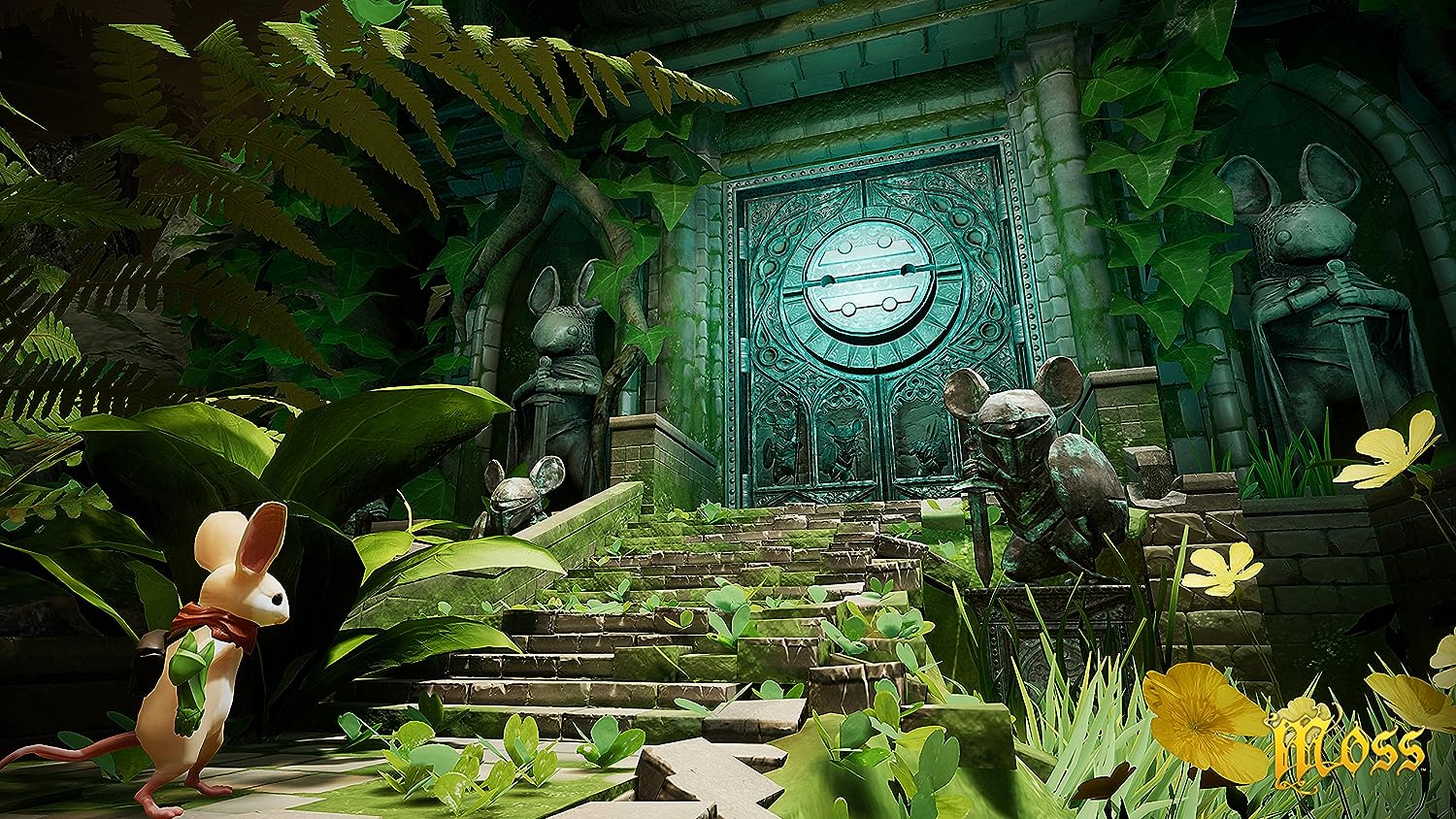 The Moss Story – Quill is the brave new hero of Moss. She’s a young mouse with dreams of greatness beyond the confines of her quiet settlement.

Physical Interaction – Players move objects, assist in battle and puzzle-solving, heal the hero, and alter the actual landscape of play through their own direct influence. 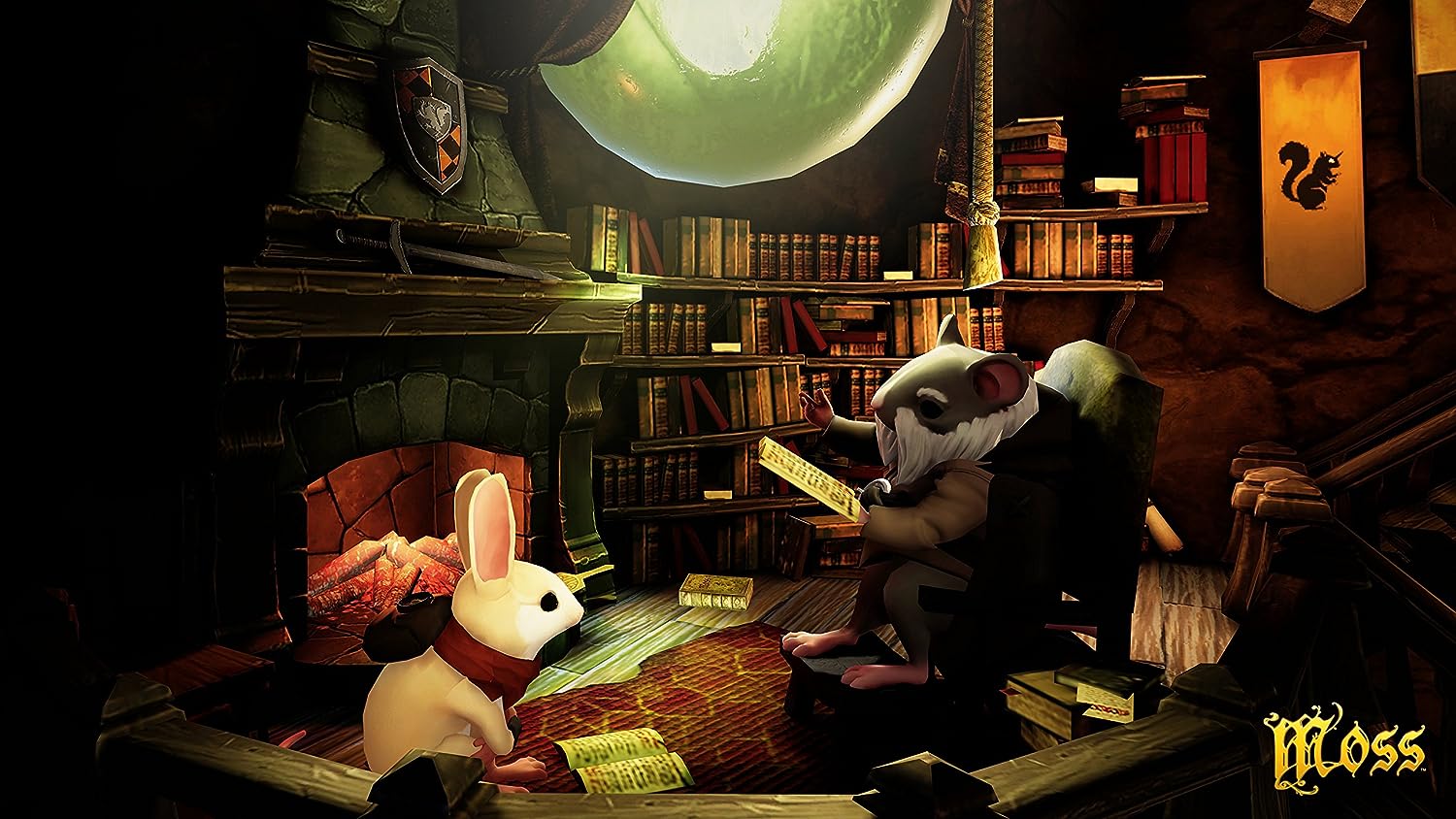 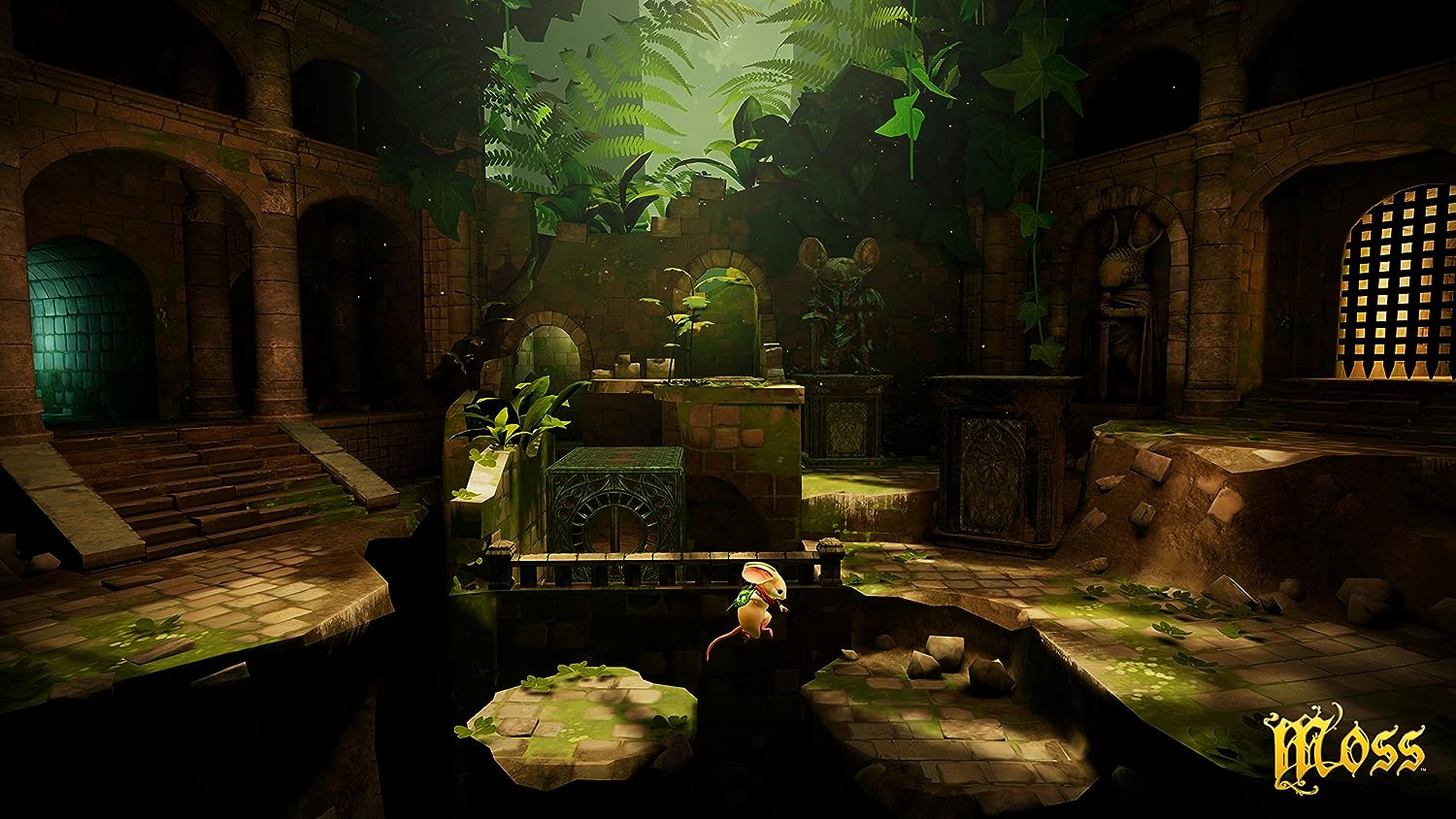 Character Interaction – The alliance between Quill and the player is an extraordinary one. Their bond deepens and thrives through mutual communication and shared experiences. In gameplay, their abilities are complementary and both characters will be needed to achieve victory. 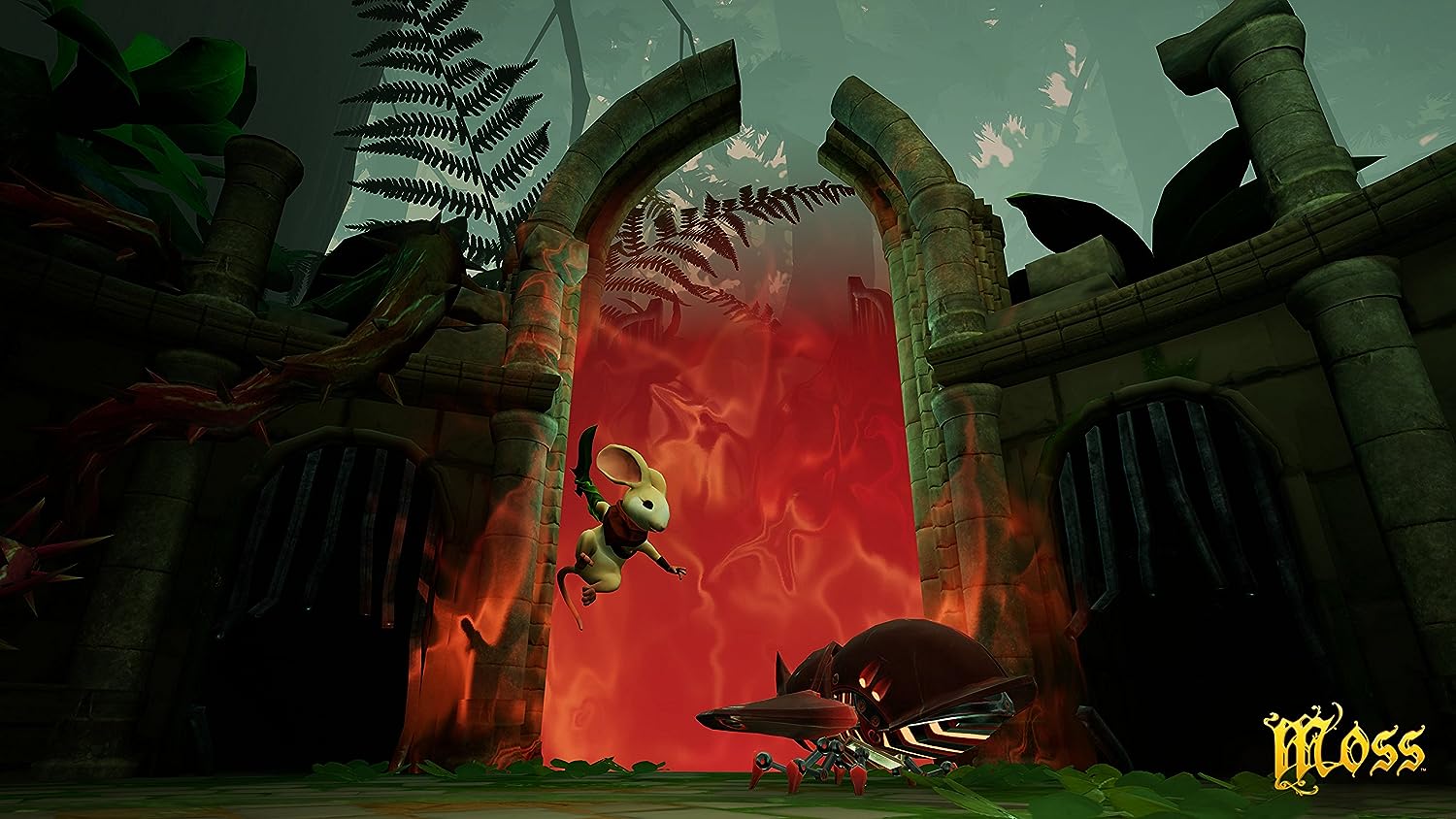 Quality & Polish – Moss features intuitive gameplay, creative design, and a high degree of art, sound, and animation polish. The overall quality is a key reason players feel they’ve been transported into the world. 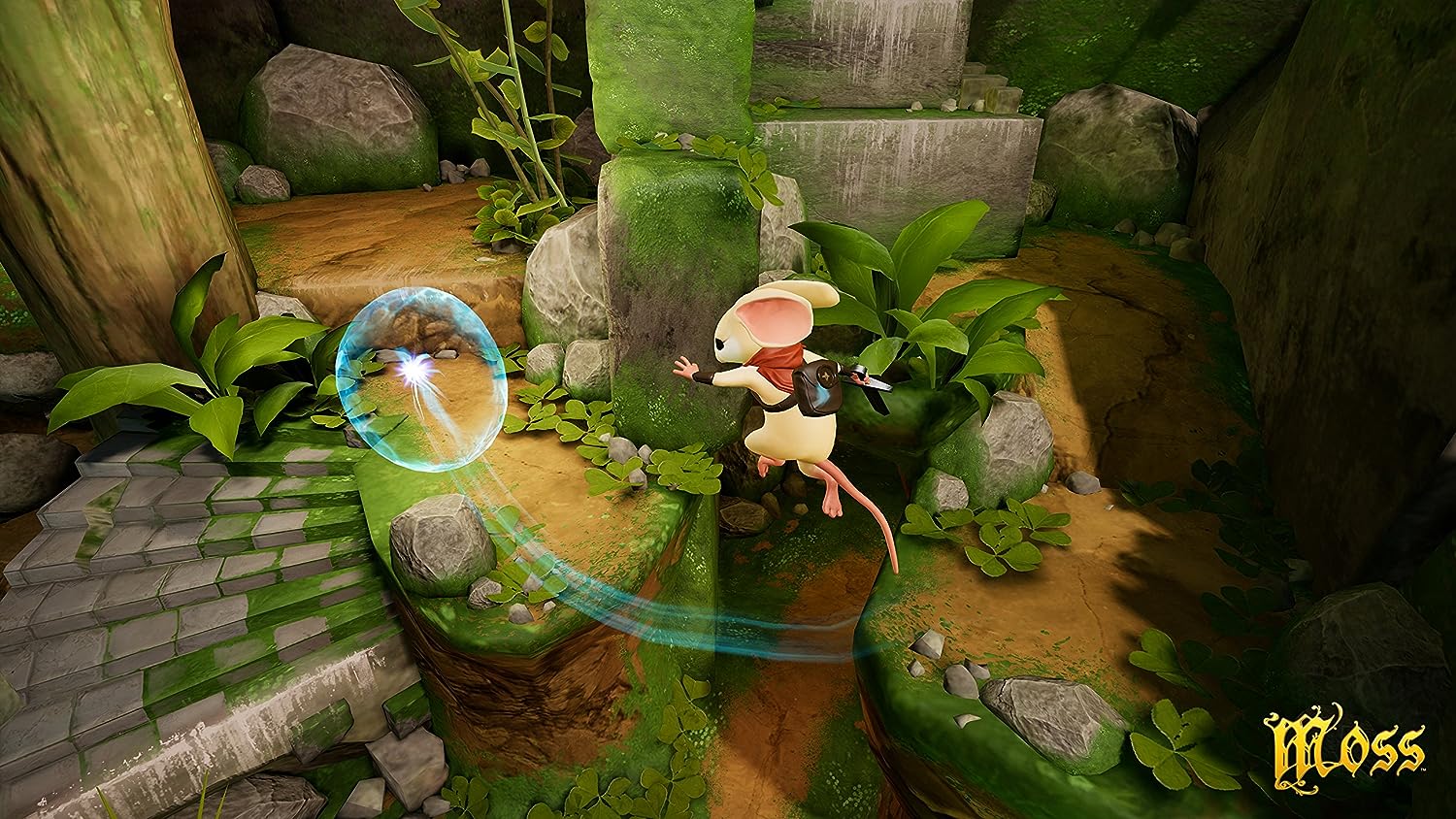 Players guide the hero via approachable and familiar action-adventure controls. At the same time, they can directly reach in and manipulate the field of play as their own character and key ally to Quill. 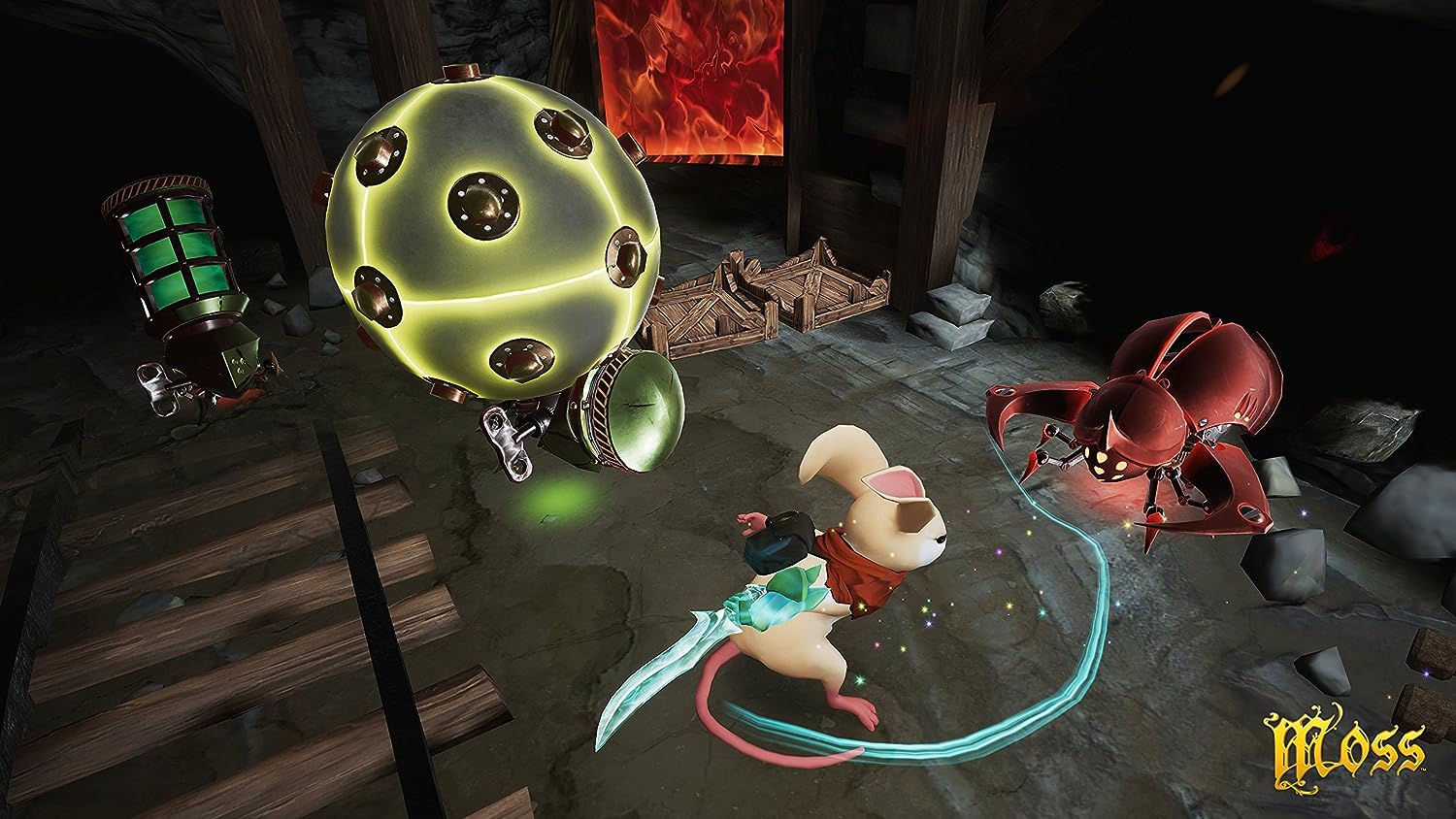 One of the most immersive PSVR games available to date. It’s a beautiful world to be in, and the main character – well, she is adorable for both adults and children who enter in to the partnership with her during this game.

The feeling of depth is amazing and it’s utilised well in finding all the hidden secrets in this game, literally having you move around to see behind walls, down pits and more. So immersive.

The graphics are so well done that even on the low resolutions psvr screens this game looks awesome.

This is a short but adorable, addictive and engulfing game that every psvr owner should buy. If you enjoyed the robot game on psvr worlds you’ll love this even more.