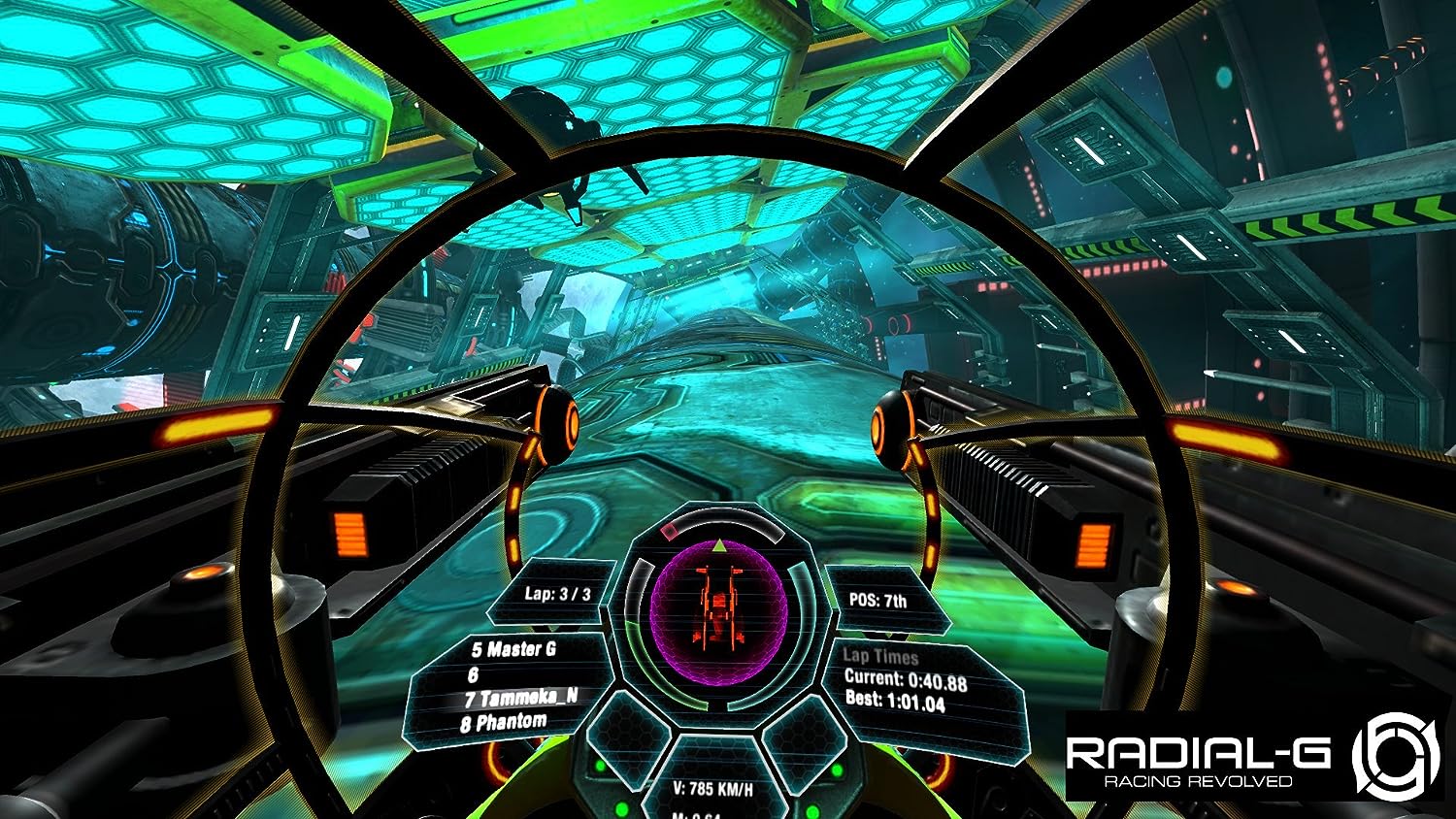 The unique tubular tracks allow full 360-degree rotation, allowing you to spin around the course the find the ultimate racing line 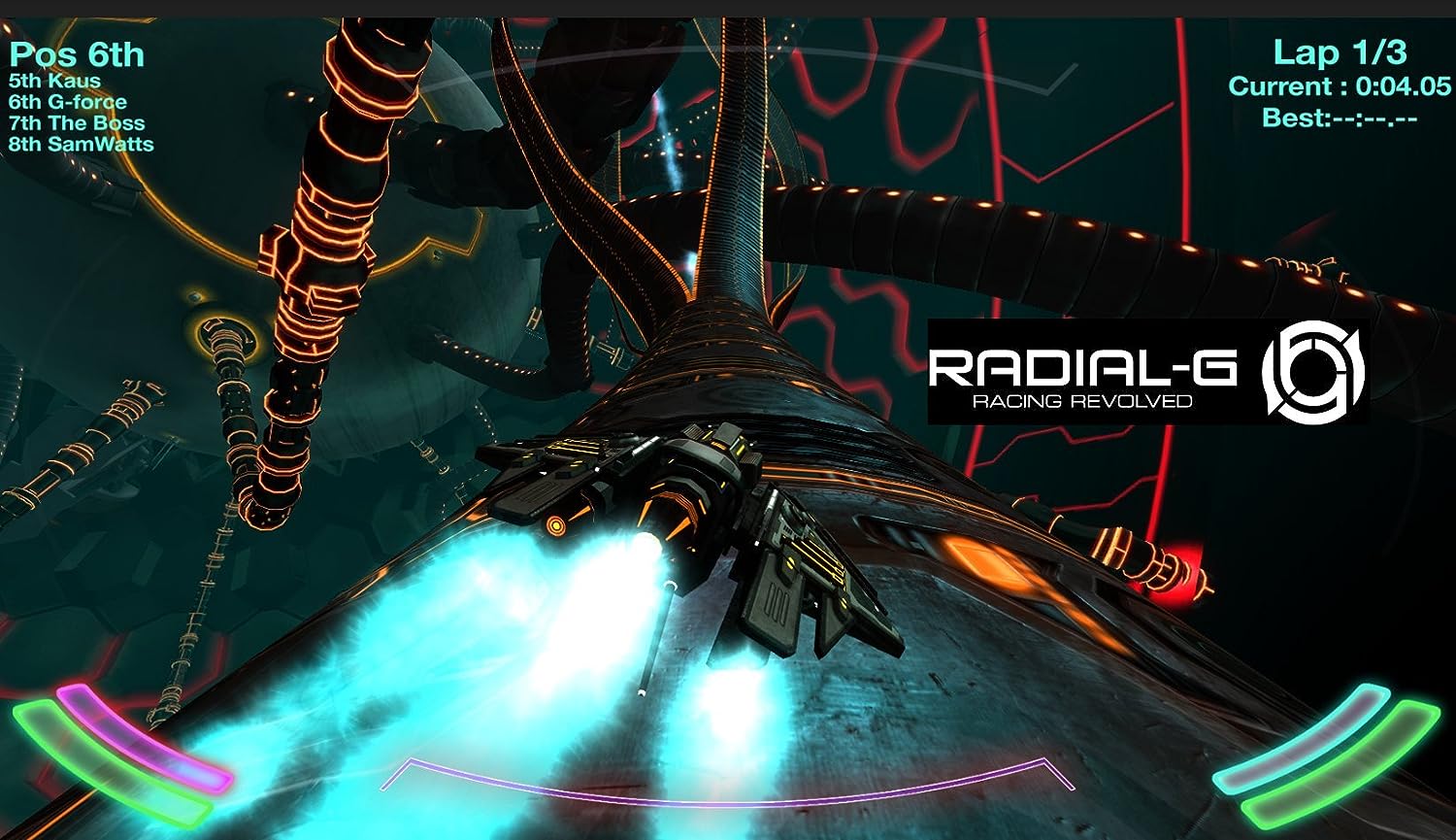 And when pure speed isn’t enough, pick up a weapon to give you the edge! 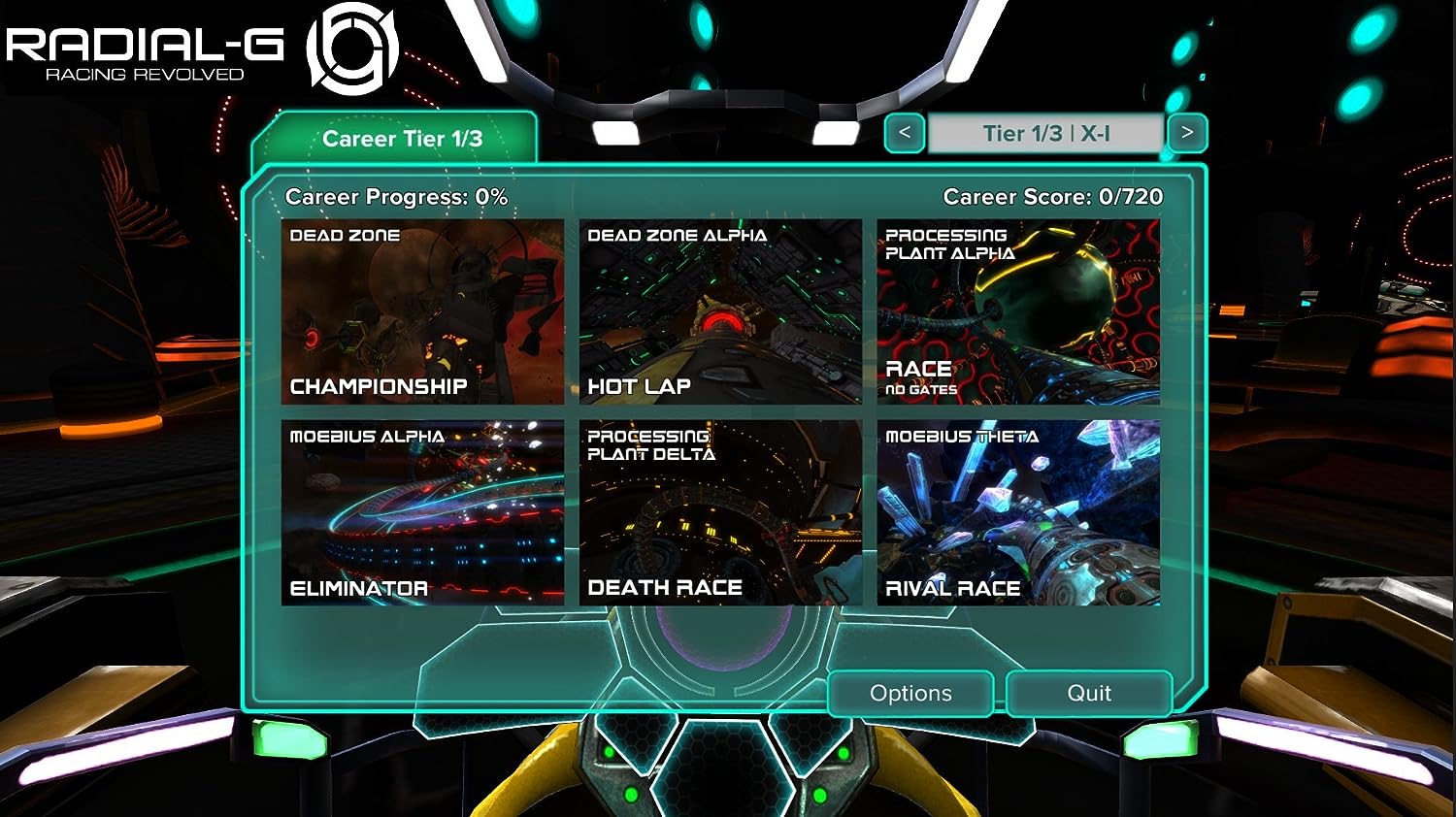 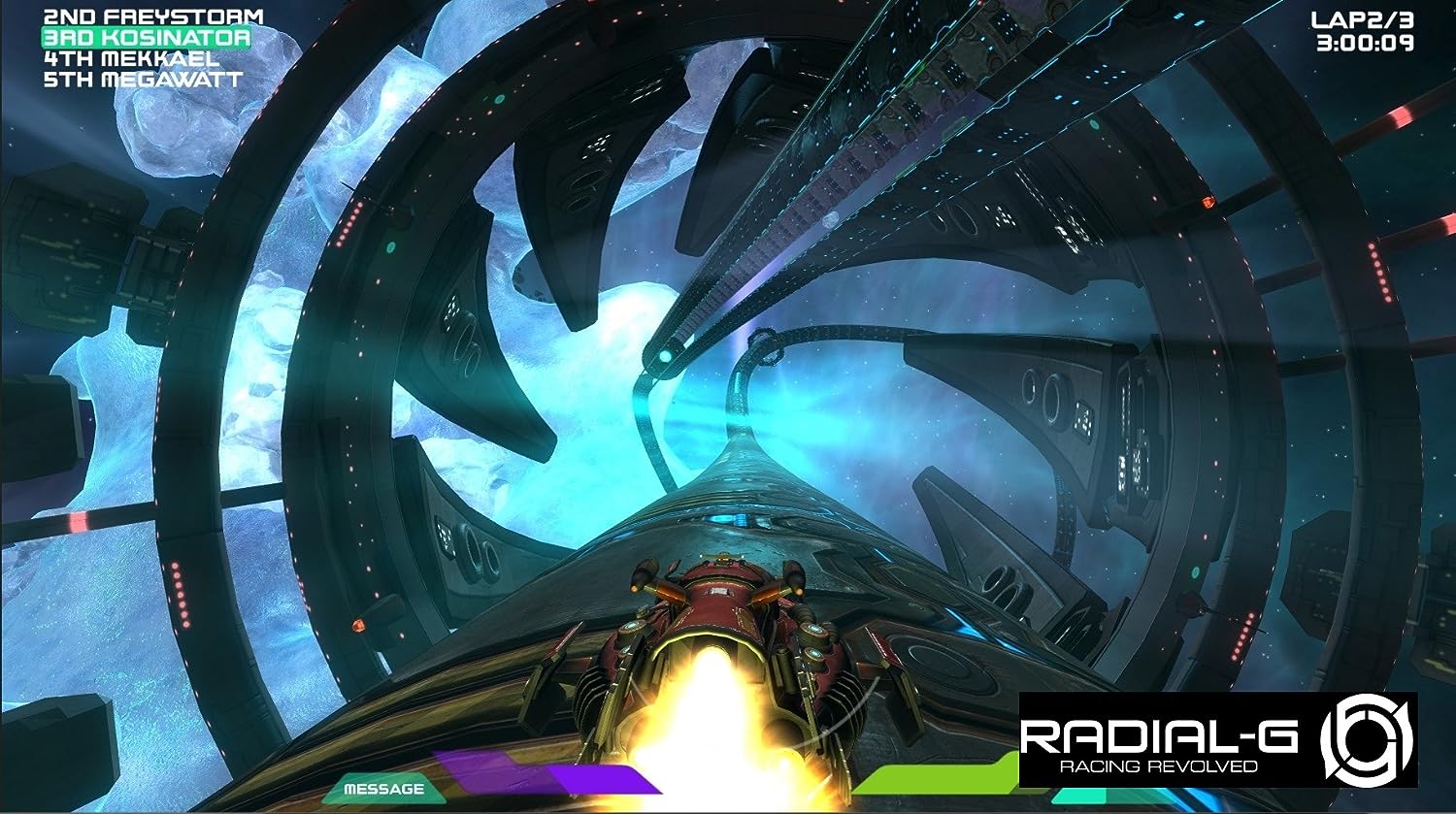 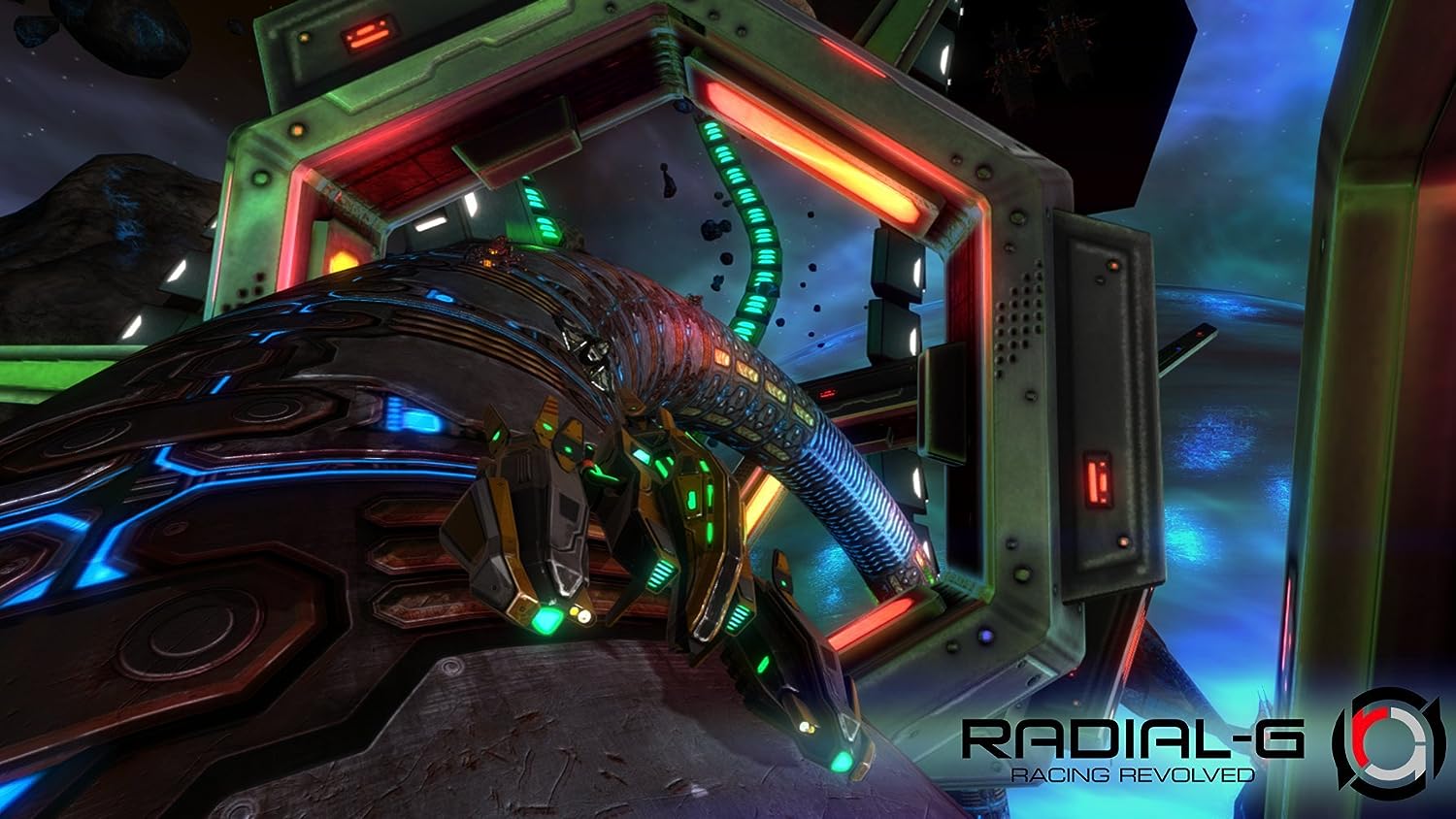 The gameplay loop is incredibly simple as you’d expect; either against AI opponents or actual humans online, you race anti-gravity ships around winding, tubular levels, picking up speed boosts and weapons where possible (depending on the mode you’re playing), while attempting to avoid rotating red laser walls which will instantly slow you down to a crawl, allowing savvy enemies to steal your lead. All things considered, it is worth commending Tammeka Games, however, for impressively crafting a game with this much speed and this many shifting polarities that didn’t cause me to feel remotely motion sick.