Write your own legendary Odyssey and live epic adventures in a world where every choice matters. Sentenced to death by your family, embark on an epic journey from outcast mercenary to legendary Greek hero, and uncover the truth about your past. Forge your path through a war-torn world shaped by gods and men, where mountains and sea collide. Meet Ancient Greece’s famous figures and interact with them during a pivotal point in history that shaped western civilization. 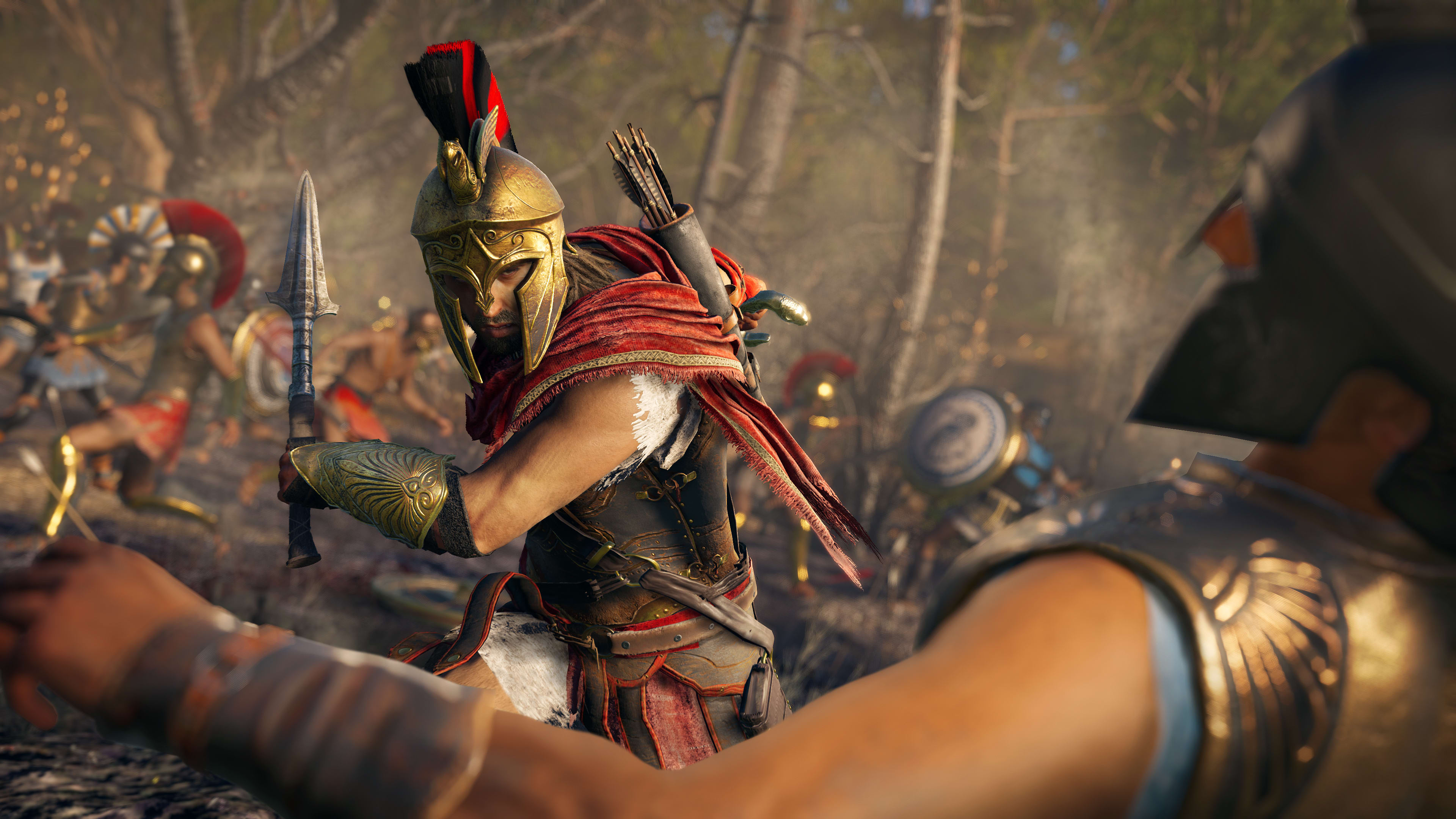 BECOME A LEGENDARY GREEK HERO – you can choose which hero to embody throughout this epic journey, Alexios or Kassandra. Customize your gear, upgrade your abilities, and personalize your ship on your path to become a legendary Greek hero. 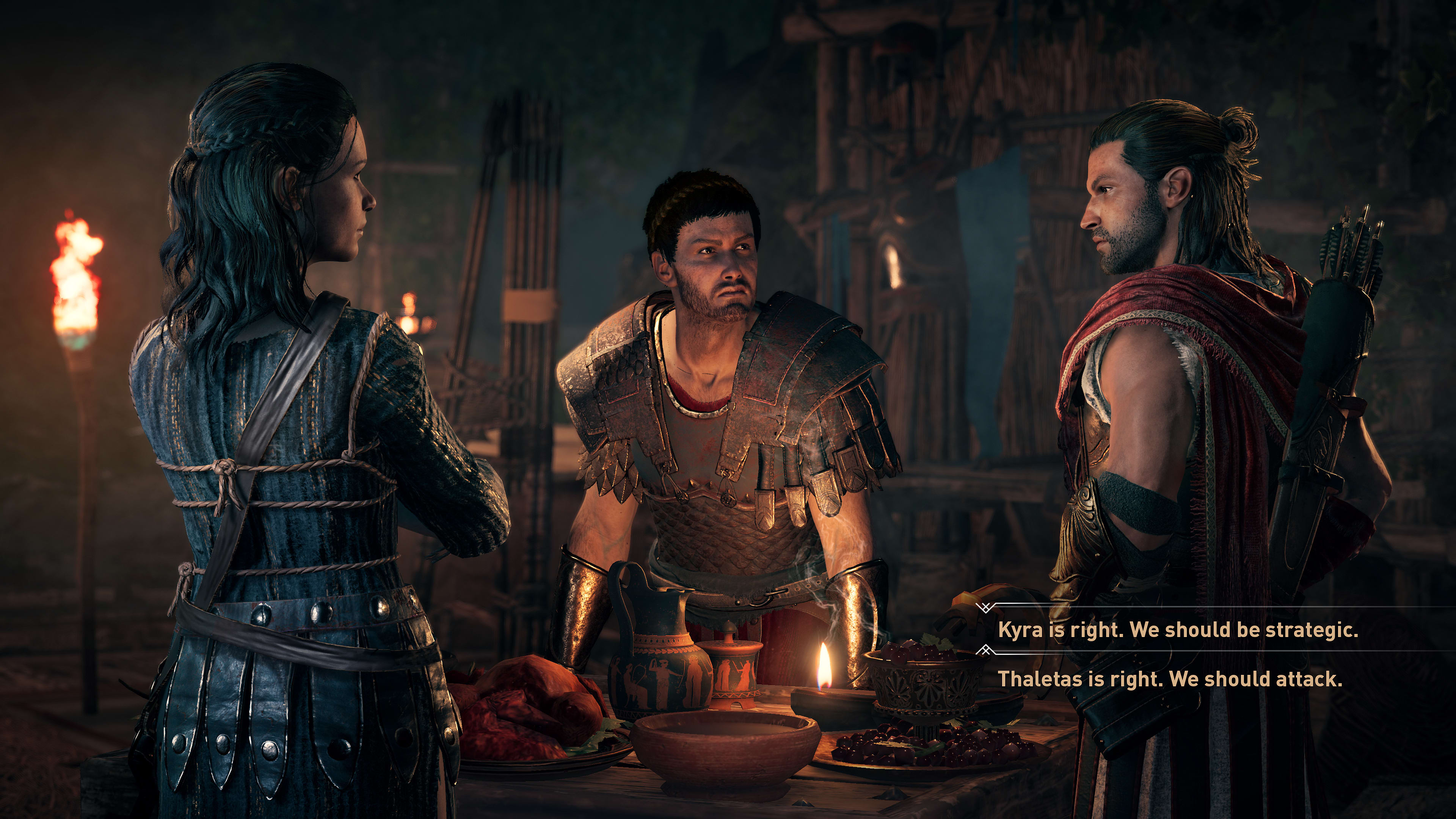 DELVE INTO ANCIENT GREECE – From the heights of snowy mountain peaks to the depths of the Aegean Sea, explore an entire country full of untamed environments and cities, at the peak of Greece’s Golden Age.
CHOOSE YOUR OWN PATH – Your decisions shape the world around you with over 30 hours of choice dialogue and multiple game endings. Experience a living, dynamic world that constantly evolves and reacts to your every decision. 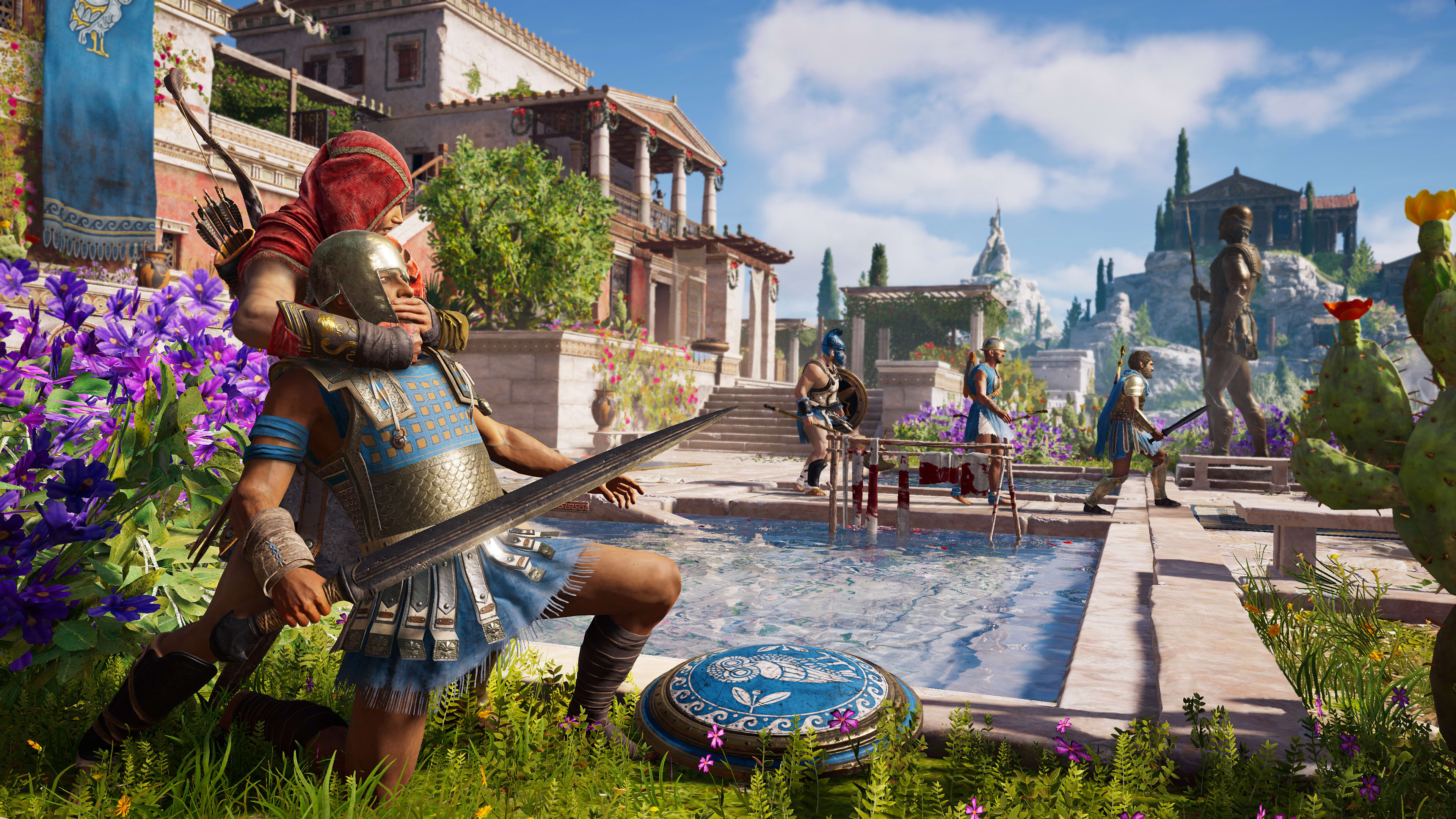 FIGHT EPIC BATTLES – Demonstrate your extraordinary warrior abilities and shift the tides of battle during the Peloponnesian War. Charge into epic clashes between Sparta and Athens in Big Battles pitting 150 vs 150 soldiers against each other. 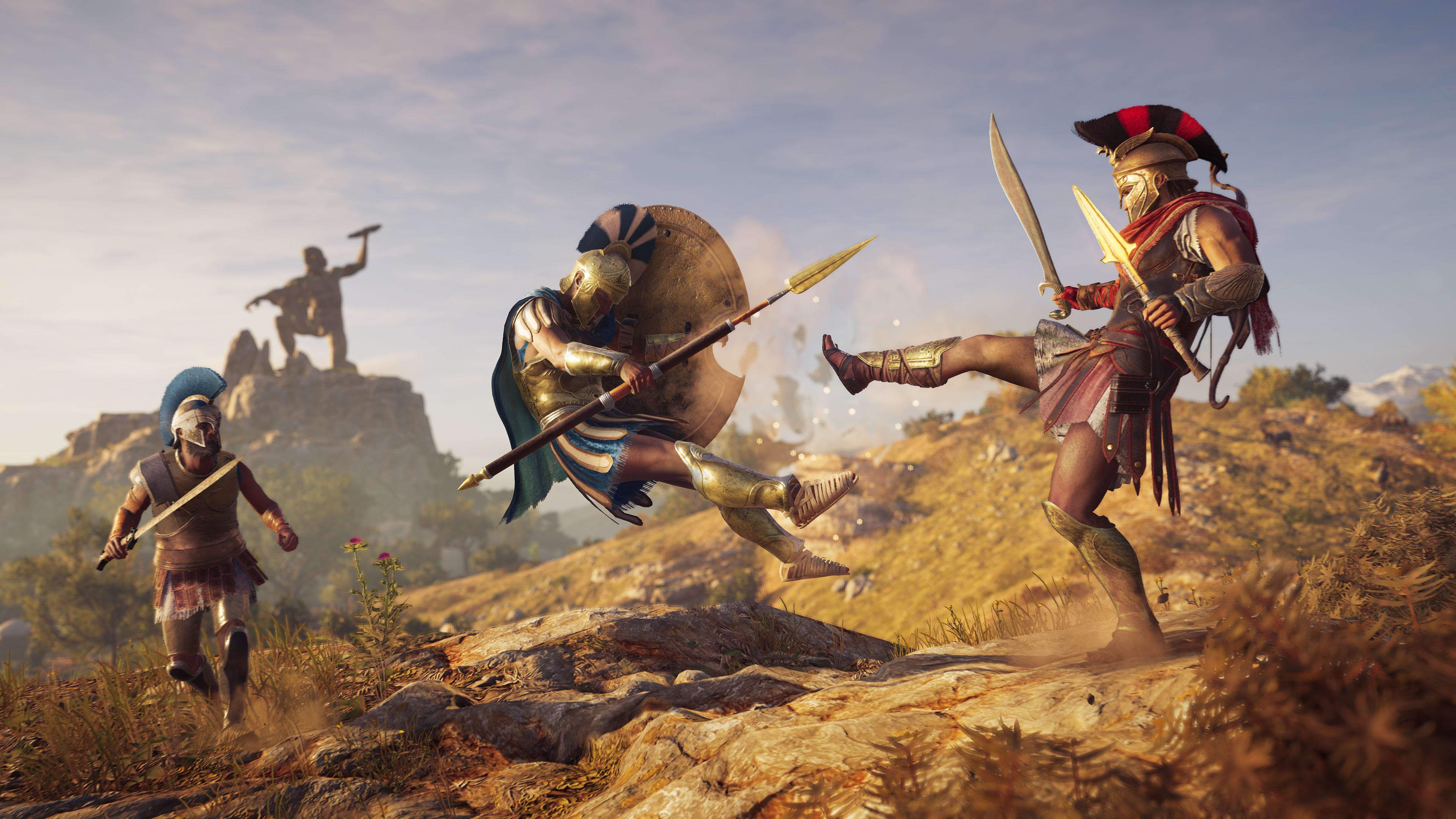 SAIL ACROSS THE AEGEAN SEA – Find uncharted locations, uncover hidden treasures or cleave your way through entire fleets in naval battles. Customize the look of your ship, upgrade weaponry to suit your strengths, and recruit crew members with unique perks, tailoring naval combat to your style. 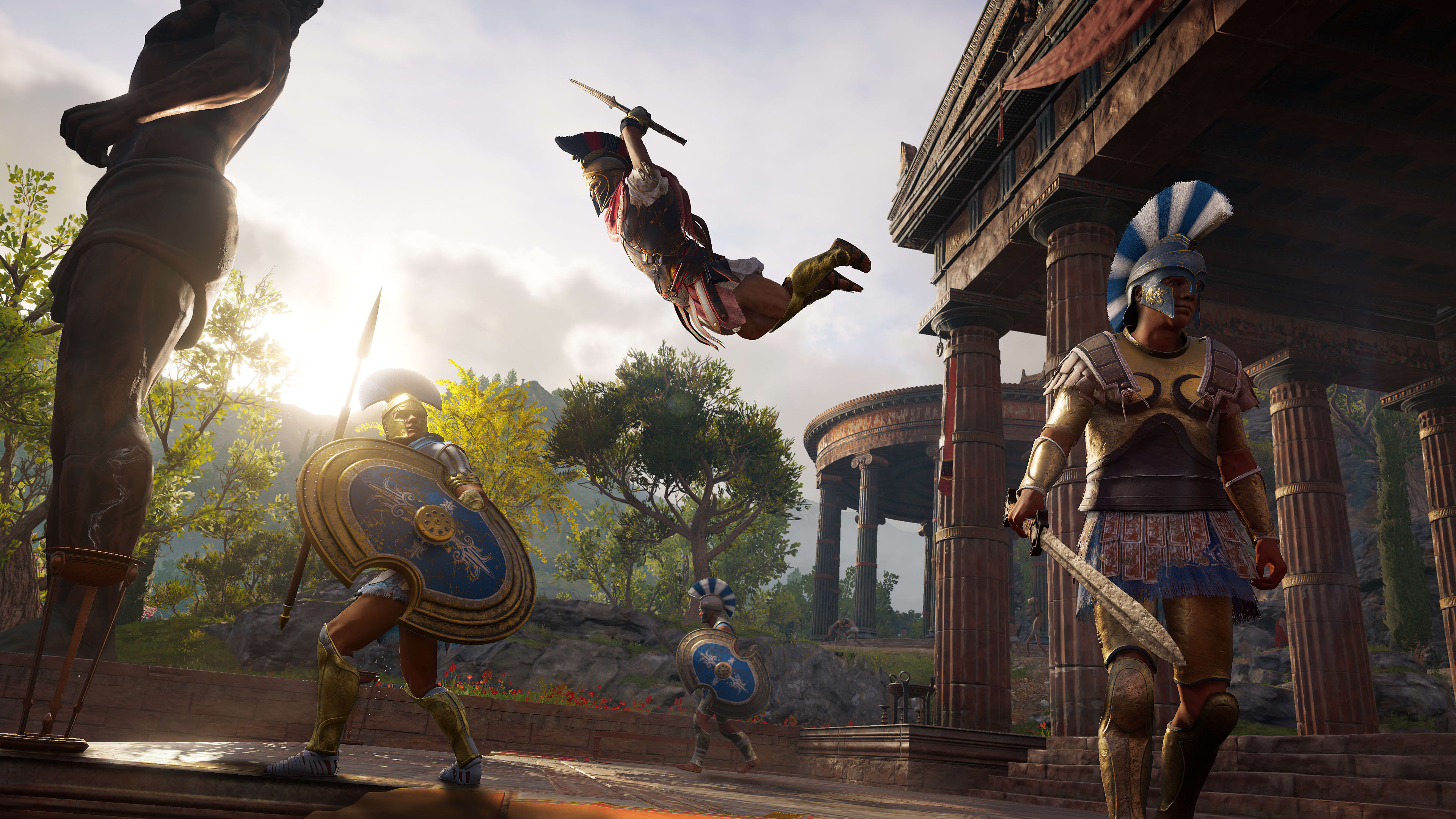 A LAND OF MYTH & LEGENDS – Discover a world rich with myths and legends. From ancient rituals to famed statues, come face-to-face with Greece’s legendary figures and discover the truth behind the myths. 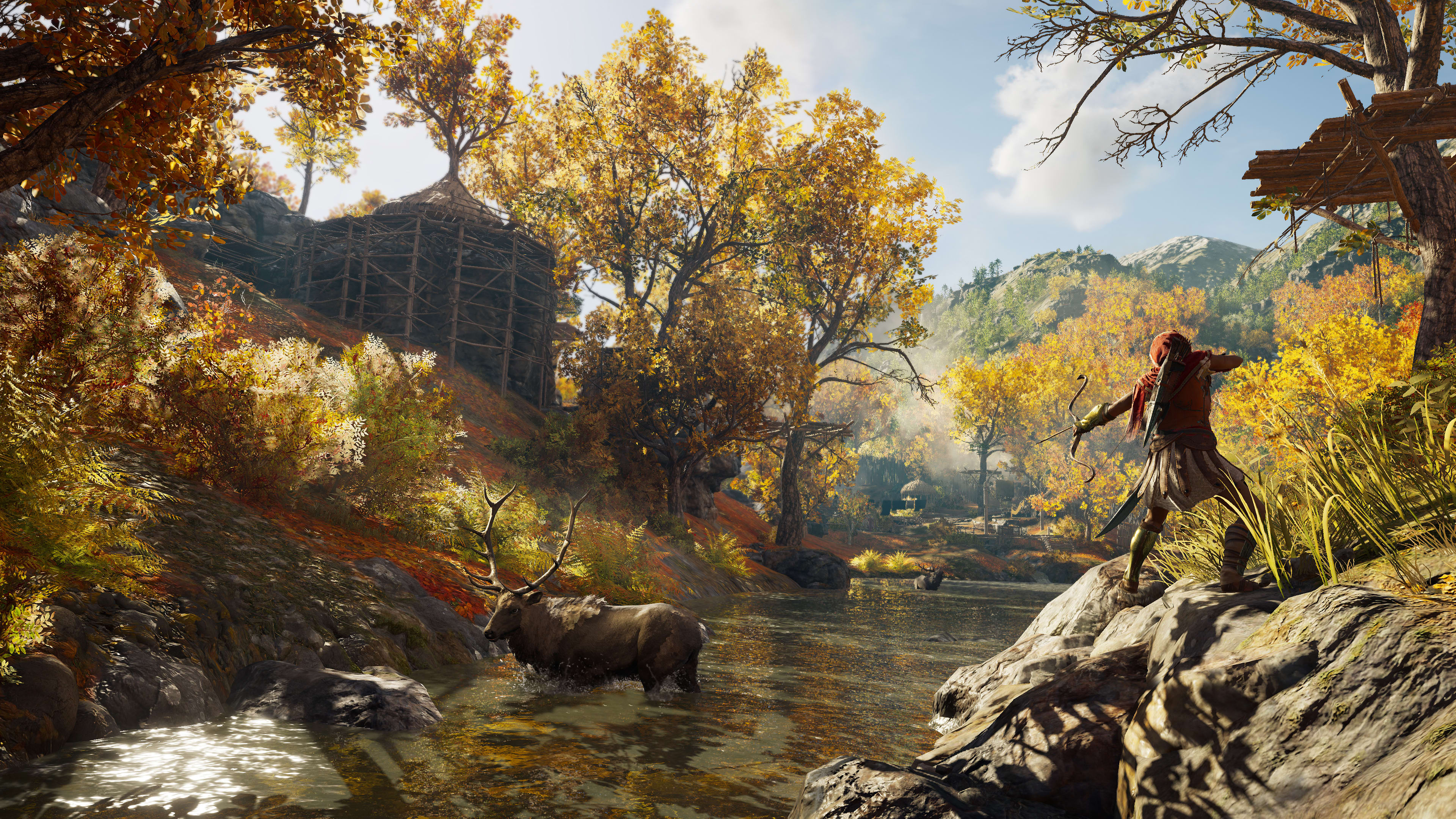 Assassin’s Creed Odyssey brings player choice to the forefront through innovations never-before-seen in Assassin’s Creed as you choose the hero you want to become and change the world around you. Through the relationships you build with colorful characters & the decisions you make along your Odyssey, it is you who is in control of your destiny. Customize your equipment and master new special abilities, tailoring your hero’s skillset to your play style. Fight your way across Greece, engaging in visceral battles both on land and at sea, to become a true Hero of legend.