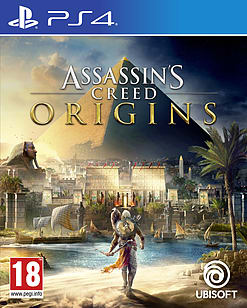 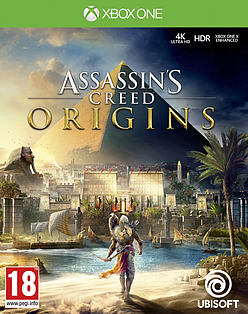 Set in mysterious Ancient Egypt, Assassin’s Creed® Origins is a new beginning. Experience a new way to fight while exploring the great pyramids and hidden tombs across the country of Ancient Egypt. Live emotional and memorable adventures along your journey and discover the origin story of the Assassin’s Brotherhood. 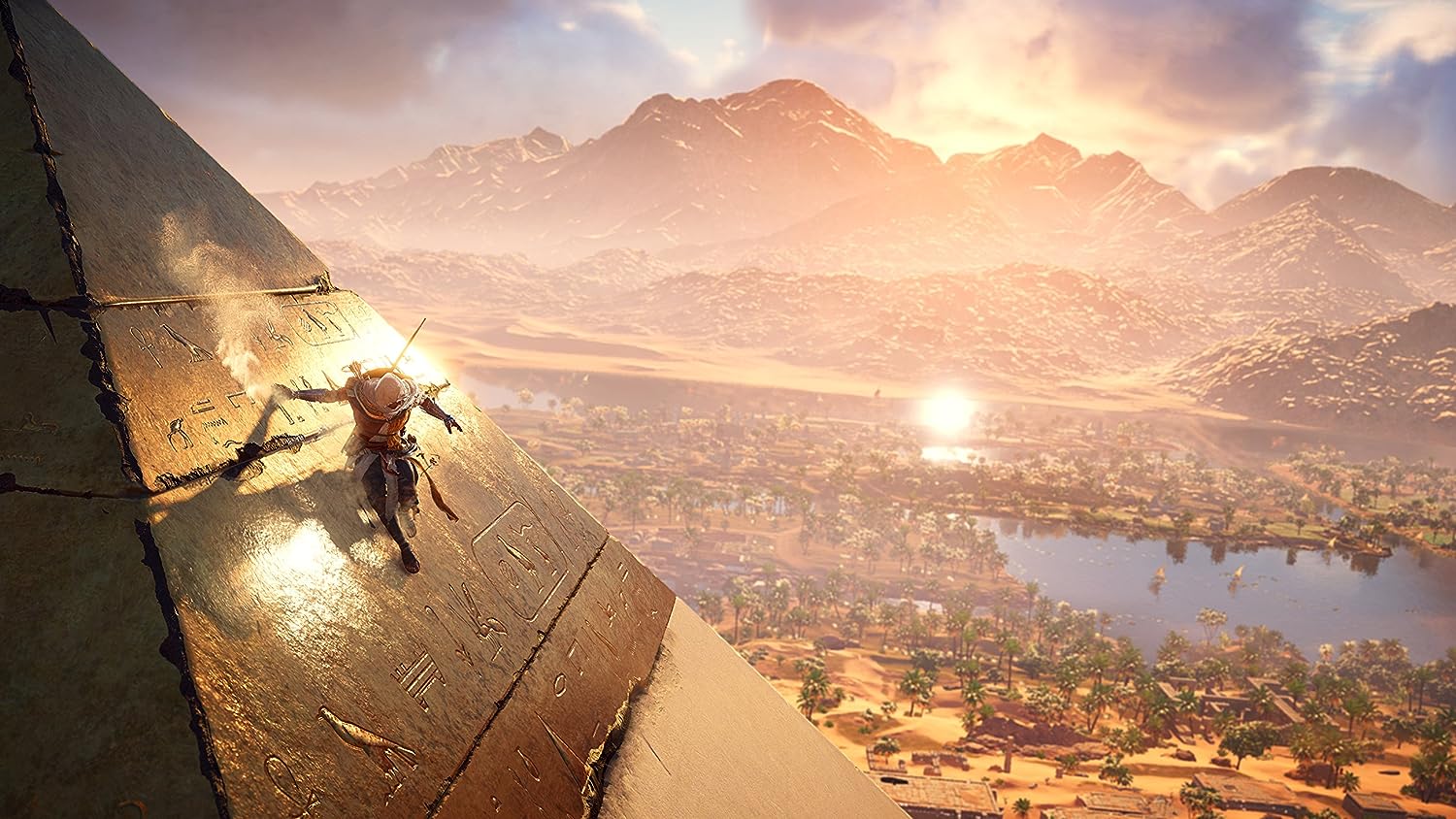 Journey into Ancient Egypt, the most mysterious place in History, during a crucial period that will shape the world. Discover the secrets behind the Great Pyramids, forgotten myths, the last pharaohs, and – engraved in long-lost hieroglyphics – the origin story of the Assassin’s Brotherhood. 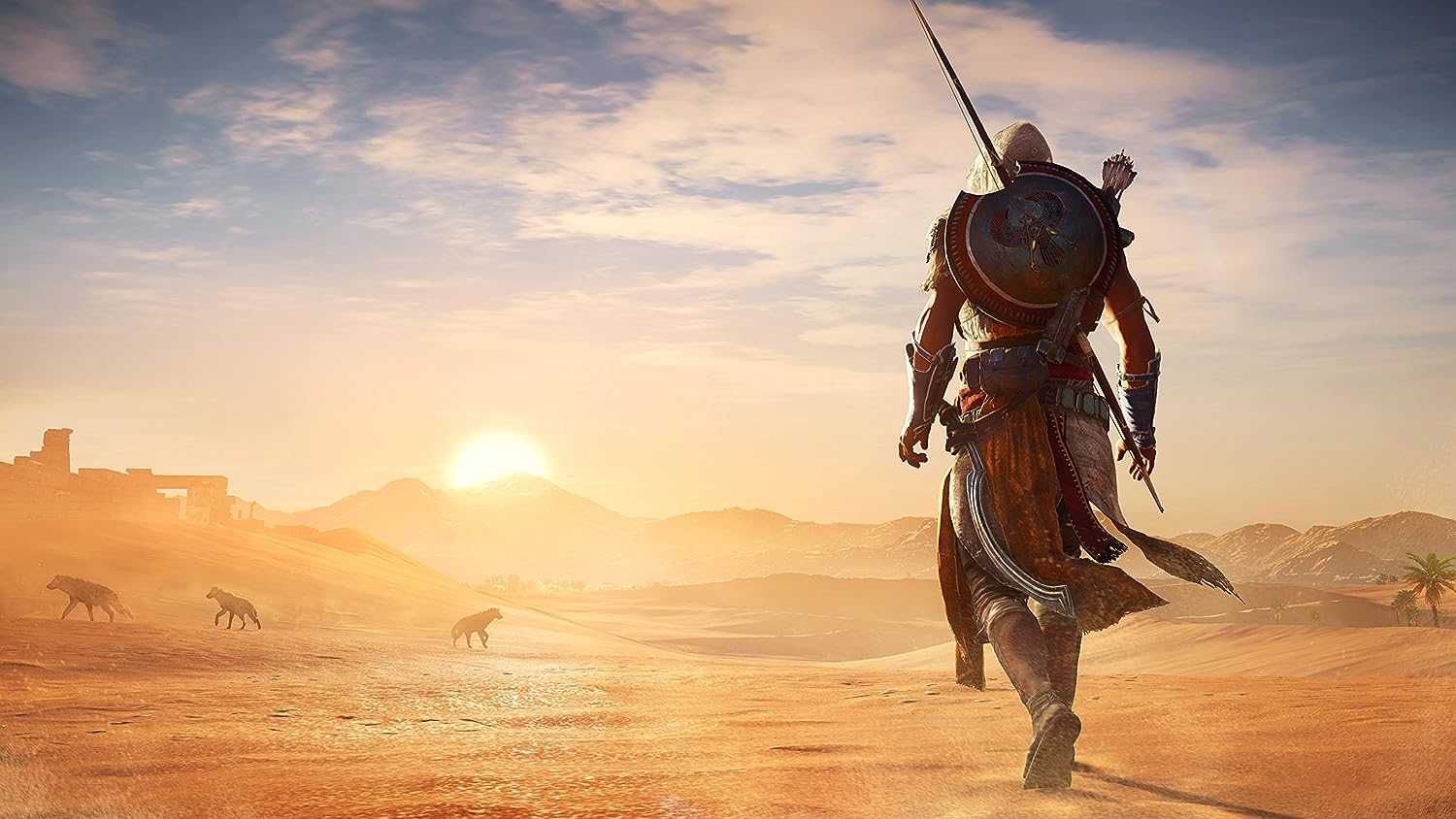 For the last four years, the team behind the acclaimed Assassin’s Creed IV Black Flag has been focused on crafting a new beginning for the franchise. Fight in a completely new way where you transition seamlessly between unique ranged and melee weapons and take on multiple enemies at once. Choose your assassin skills while exploring the full country of Ancient Egypt, engaging into multiple quests and gripping stories along a journey that will change civilization.

EXPERIENCE THE MYSTERIES OF ANCIENT EGYPT- Uncover lost tombs, explore the pyramids, and discover the secrets of mummies, the gods, and the last pharaohs. 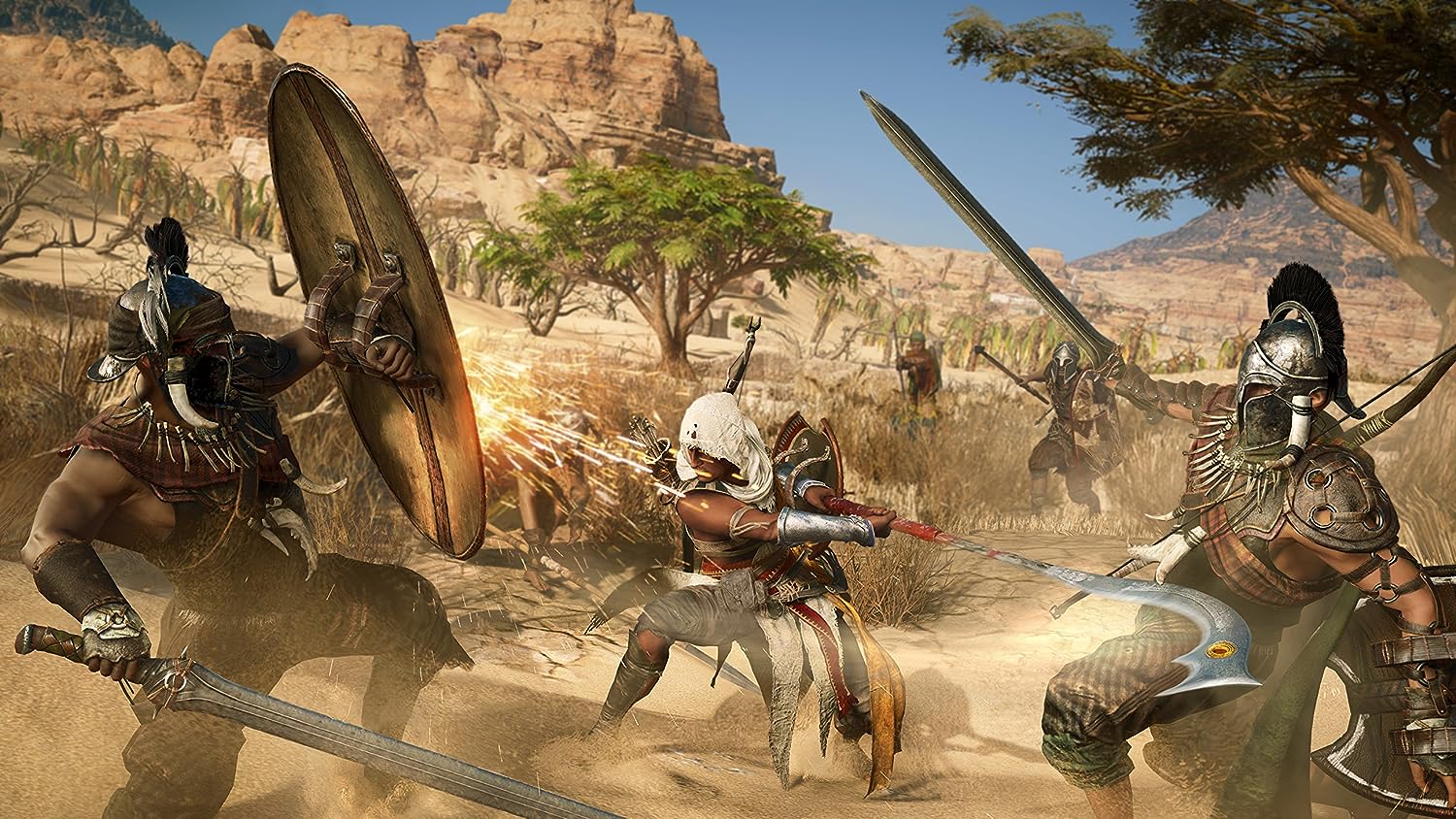 AN ORIGIN STORY- Start here, at the very beginning, with the never-before-told origin story of Assassin’s Creed. You are Bayek, a protector of Egypt whose personal story will lead to the creation of the Assassin’s Brotherhood.

EMBRACE ACTION-RPG- Experience a completely new way to fight as you loot and use over one hundred weapons with different characteristics and rarities. Enjoy deep RPG progression mechanics, choose your preferred abilities and challenge your skills against unique and powerful bosses. 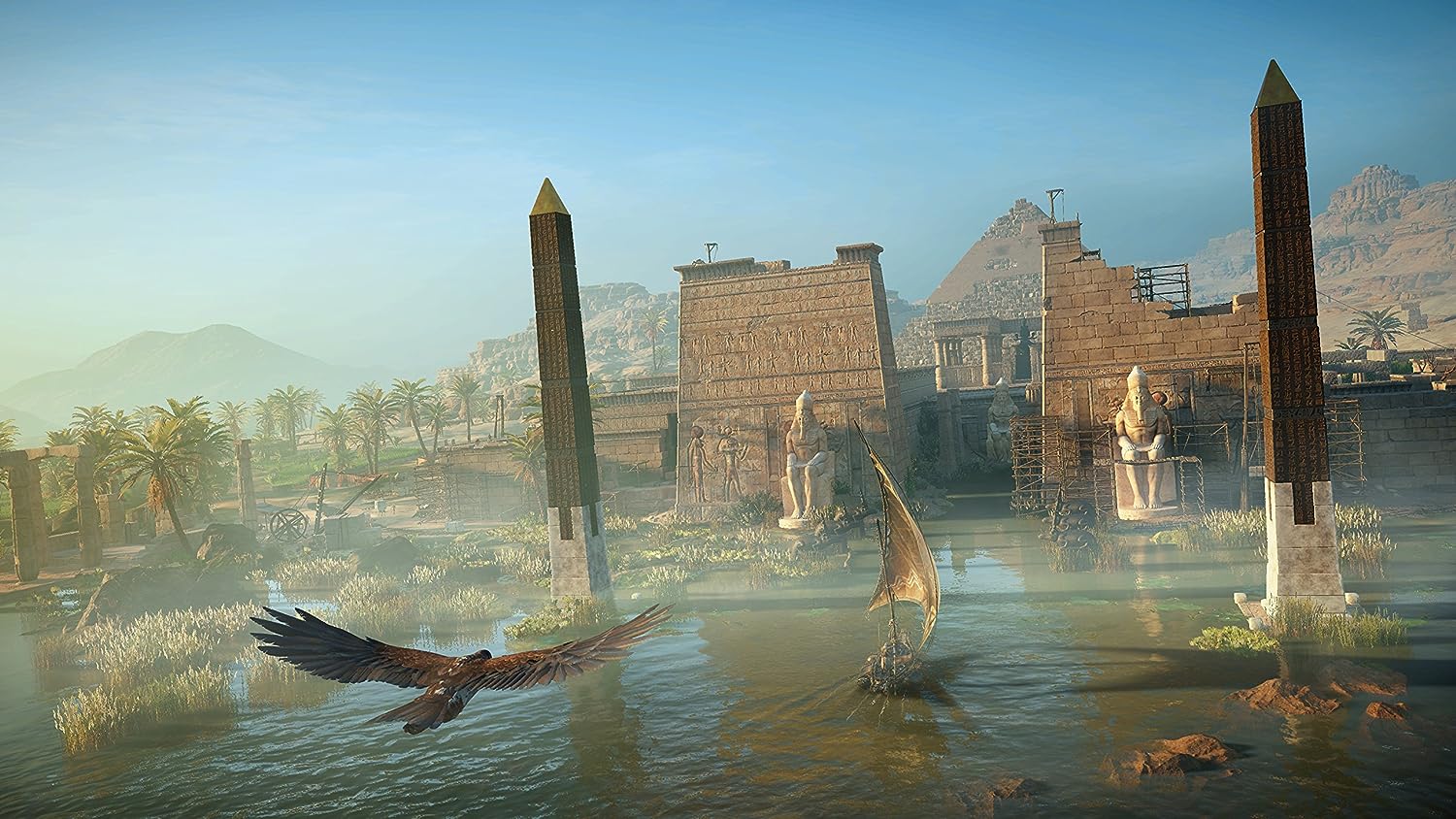 EACH QUEST IS A MEMORABLE ADVENTURE- Pick and tackle quests at your own will and pace- each of them tells an intense and emotional story full of colorful characters and meaningful objectives.

EXPLORE A FULL COUNTRY- From deserts to lush oasis, from the Mediterranean Sea to the tombs of Giza, fight your way against dangerous factions and wild beasts as you explore this gigantic and unpredictable land.