PRICE CHECK AND BUY FOR PS4 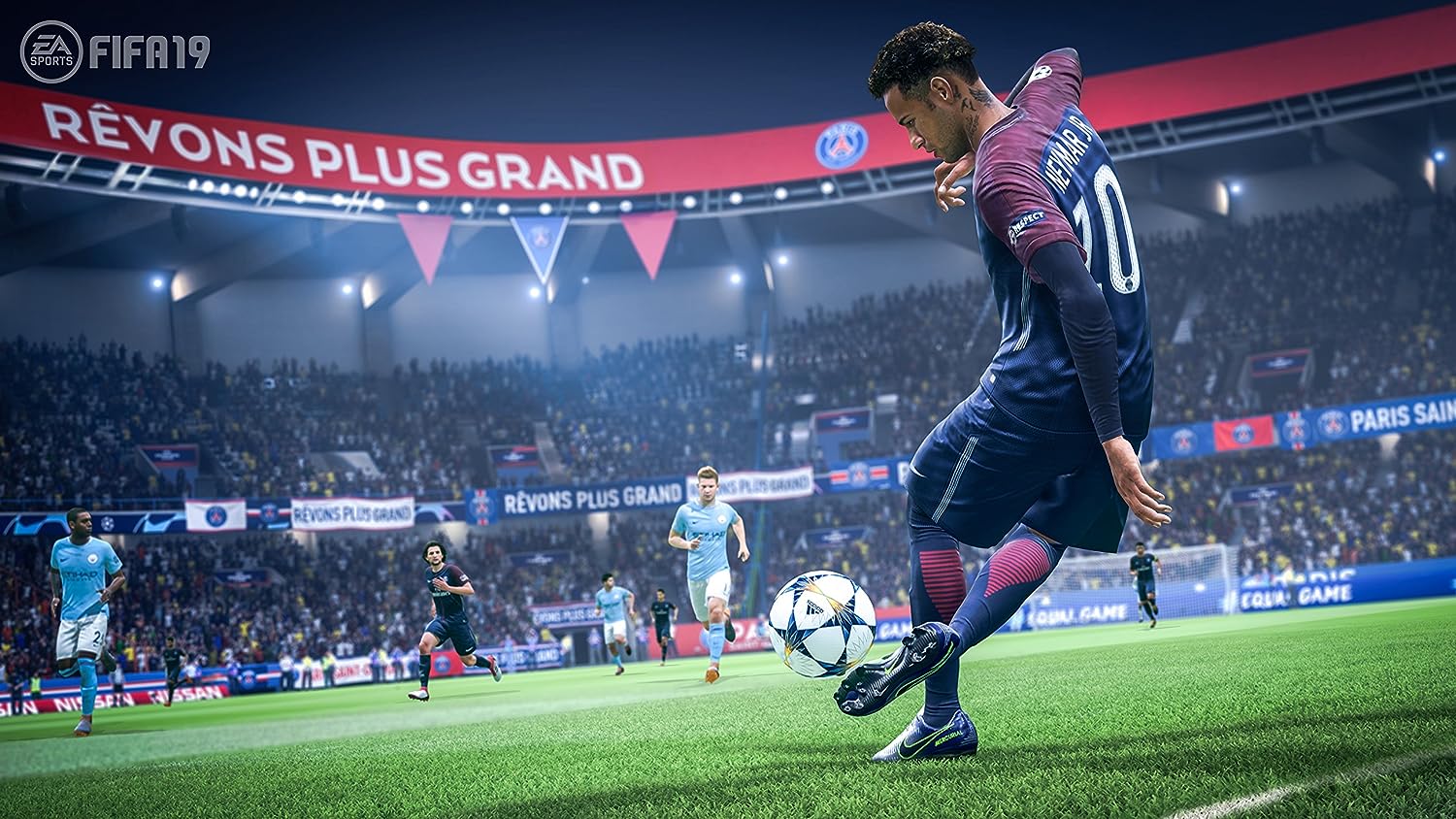 From a title chase in The Journey: Champions, to live content updates in FIFA 19 Ultimate Team, to authentic Kick Off and Career Mode integration, to an all-new standalone Champions League Mode, you can experience the greatest club football competition in the world no matter where you play in FIFA 19. 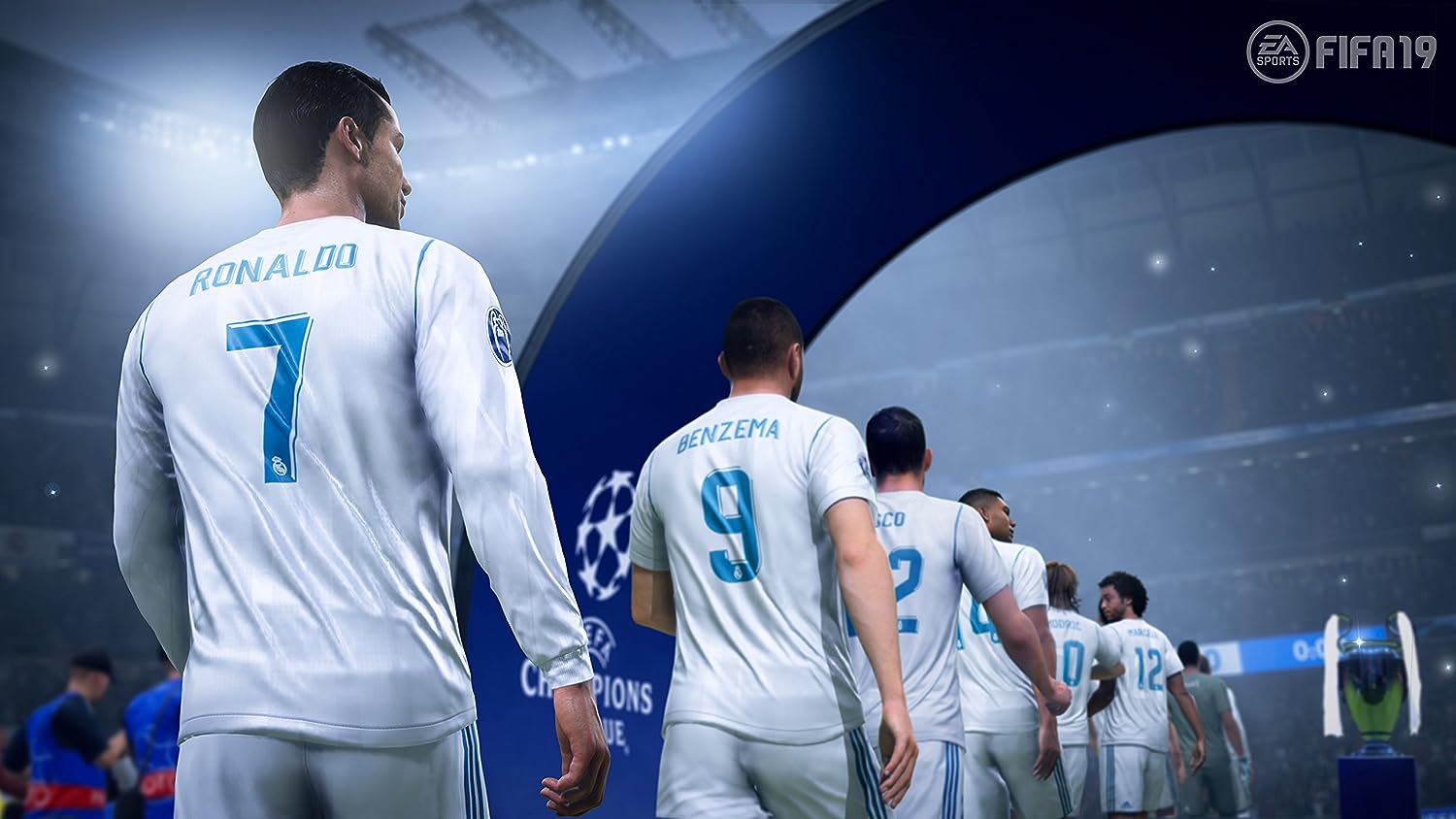 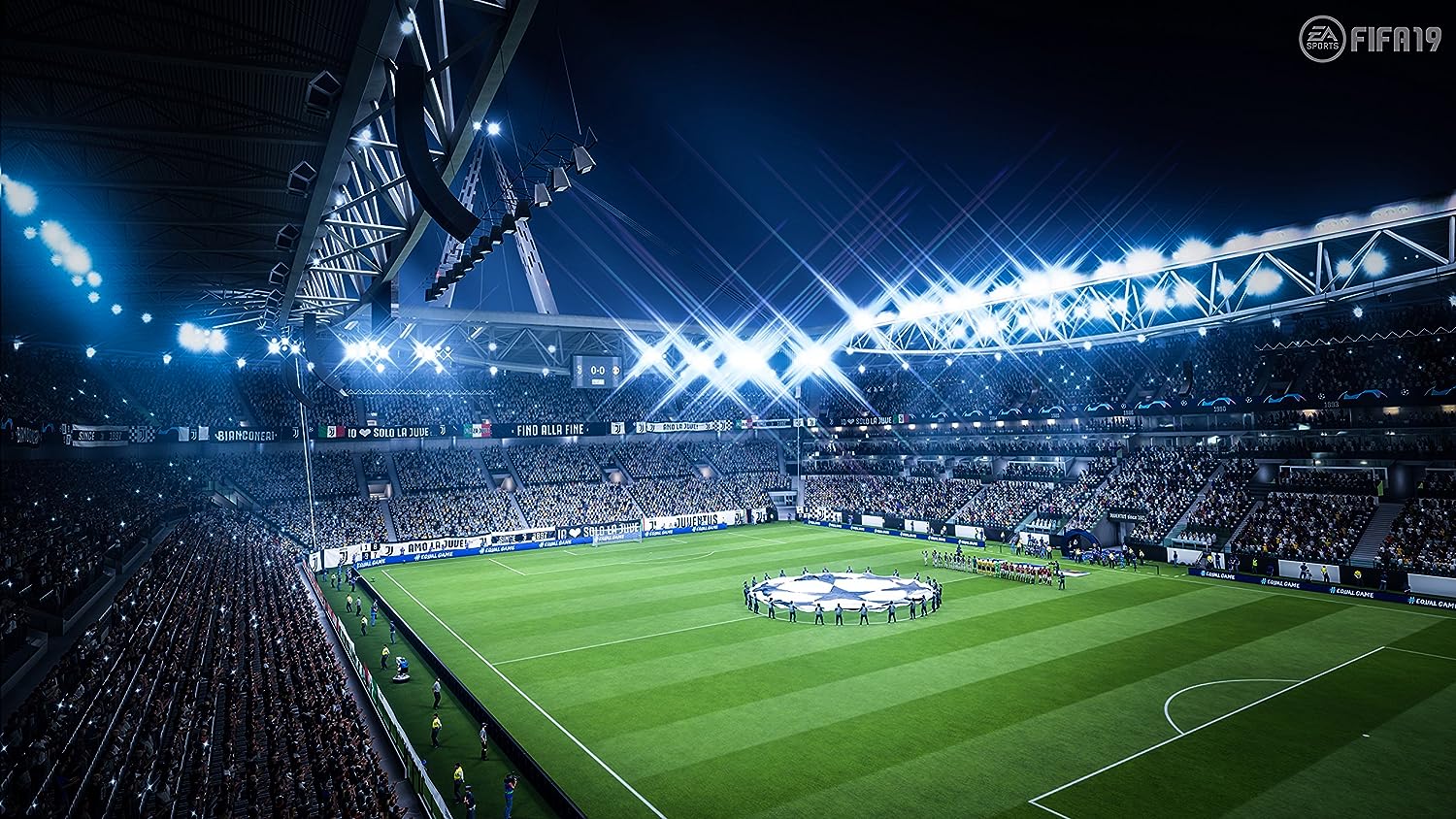 EA SPORTS FIFA 19 delivers a champion-caliber experience on and off the pitch. Introducing the prestigious UEFA Champions League, offering gameplay innovation that allows you to control the pitch in every moment and providing new and unrivaled ways to play. Experience the dramatic finale to the story of Alex Hunter in The Journey: Champions*, a new mode in the ever-popular FIFA Ultimate Team, additional leagues in Career Mode, and more. Champions Rise in FIFA 19.

The new Active Touch System fundamentally changes the way you receive and strike the ball, providing closer control, improved fluidity, creativity and increased player personality. Utilize a suite of new first touch tools, like the disguised touch, flick-up volleys, or even skill specific animations, like the Neymar Trap, to beat your opponent and create scoring opportunities.

Double tapping shoot on any strike attempt triggers a timed finish, putting users in control of how accurately they connect with the ball. The precision of the second button tap determines the result of the contact, with perfectly timed balls increasing in accuracy and power, and poorly timed contacts more likely to miss the mark. Whether it’s a hit from outside the box, a precision header, or a deft touch, timed finishing adds a new layer of control to chances in-front of goal.

A re-imagined system gives players the tools to set multiple tactical approaches, offering in-depth customisation pre-match, as well as more options for dynamic in-match adjustments from the D-Pad. Each tactical approach combines formations, mentalities, and attacking and defensive play styles, enabling you to easily customize your play in any situation.

PRICE CHECK AND BUY FOR PS4

It’s fashionable to criticise FIFA, but those hoping EA have torn everything out and started again will be disappointed, FIFA 19 feels familiar from the outset, with player physicality the most noticeable change. Strong forwards and/or defenders can no longer be shunted off the ball, so you have to demonstrate patience and timing for Kompany to whip the ball away from Romelu Lukaku, rather than holding square and going through the back of him without punishment. 50/50 challenges feel robust and occasionally painful, with new contextual animations throwing up highly varied results. Players sometimes stay on their feet, but at others land on knees, backsides or shoulders; loose balls spin away from danger or into the path of an onrushing forward. It all amounts to a significant improvement where physics, and physicality, are concerned.

While additional physicality is a change that’ll appeal to most players, the other major on-field change errs more towards the hardcore player. It’s called precision shooting. By holding down the shoot button and then tapping it a second time, you can launch efforts on goal that are more accurate, and deliver extra curve – so long as the second button press is made at the instant your player releases the ball, but be aware this takes much practice to achieve the desired results.

You can now use the tactics menus to specify how many players go up for set pieces, to a maximum of five, The move is one of a series aimed at expanding your tactical options; other settings enable you to dictate back four depth and width, pressing levels and attacking styles. All nice improvements

This years game has certainly delivered, new tactics, competitons and enhanced gameplay options, we love it.