GREAT GAMEPLAY AND GRAPHICS,  A MUST FOR YOUR COLLECTION

Tom Clancy’s Ghost Recon® Wildlands is the very first military shooter in a massive, dangerous, and responsive open world that you can play entirely solo or in four-player co-op. 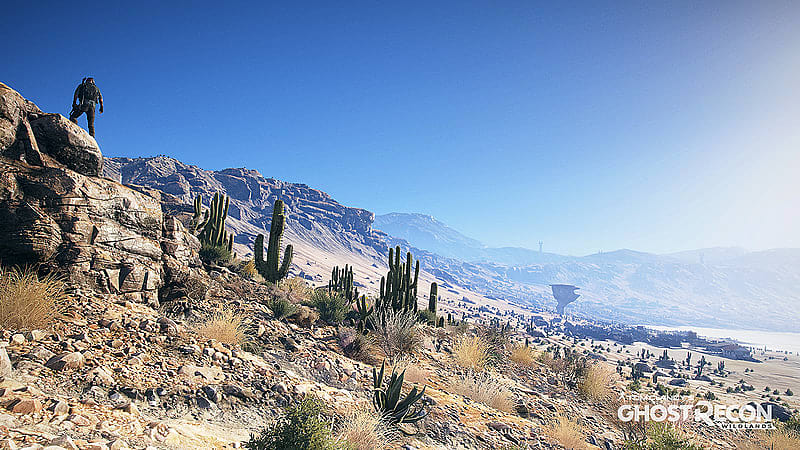 Bolivia, a few years from now: this beautiful South American country has become the largest cocaine producer in the world. The influential and vicious Santa Blanca drug cartel has turned the country into a narco-state, leading to lawlessness, fear, injustice, and violence. The cartel is on track to becoming a major underworld power and global threat.

An all-out war is not the answer. A surgical, stealthy, lethal approach is the only way to stop the disease at its source. The Ghosts, an elite US Special Forces team, are sent behind enemy lines to wreak havoc, destabilize, and eventually break the alliance between the cartel and the corrupted government. 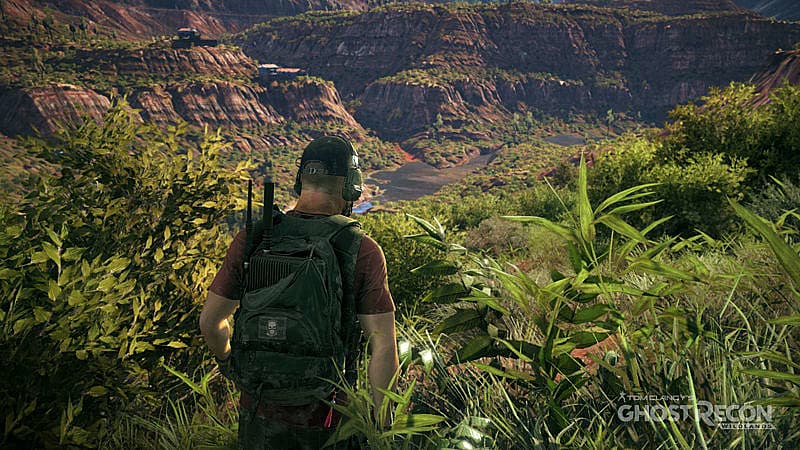 BIENVENIDOS A BOLIVIA
From the infamous Death Road to the world’s largest salt flat, journey through Ubisoft’s largest open world actionadventure game to date. Discover massive regions inspired by Bolivia and South America, their stunning vistas and incredible diversity. Explore the hundreds of villages, landmarks, and legends populating this country in one of the many available vehicles, both on and off road, in the air, on land, and at sea. Immerse yourself in Bolivian culture as you cross paths with inhabitants reacting to their own agendas and to the game’s day-night cycle and weather system. 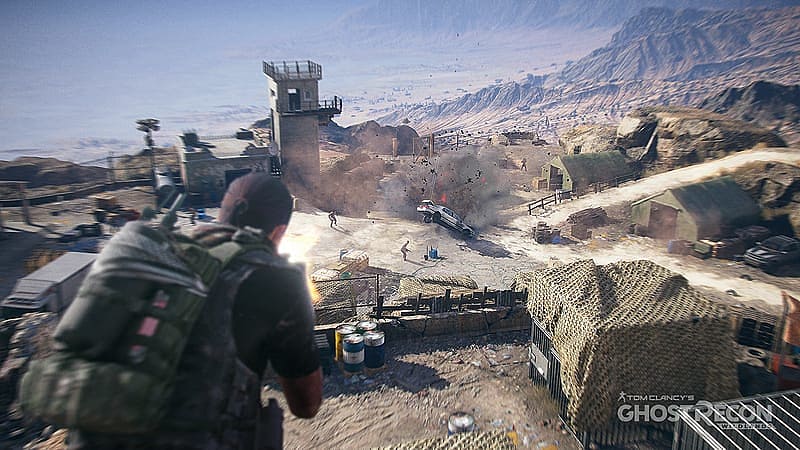 BECOME A GHOST
Lead a team of four Ghosts, the absolute best of the US military. Play either solo or with up to three of your friends online in this gritty adventure as they seamlessly join you at any point in the game. 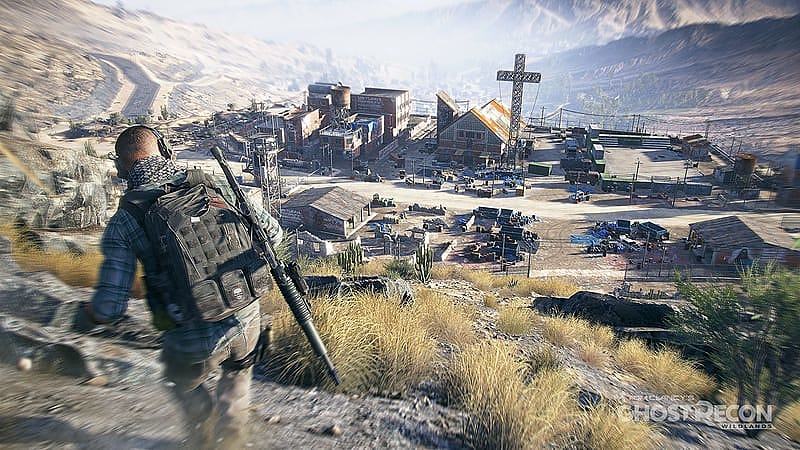 Engage all your military missions in whatever order and manner suits you: stealth, distraction, and tactical or frontal assault always remain possible. Use the new iconic drones to recon the toughest terrains and to tag enemy outposts, or transform them into destructive weapons. 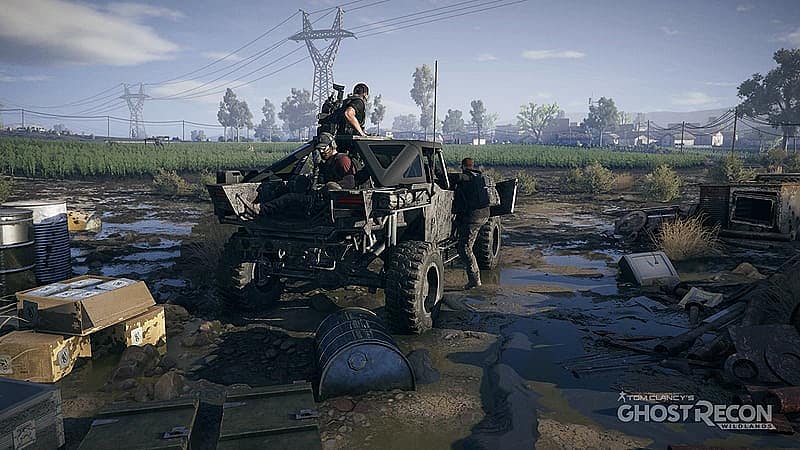 Make difficult but critical choices: sabotage, interrogation, kidnapping, and
assassination are but a few of the options available for you to reach your objectives. Upgrade and fully customize your Ghost with the experience and loot you gather on the battleground. 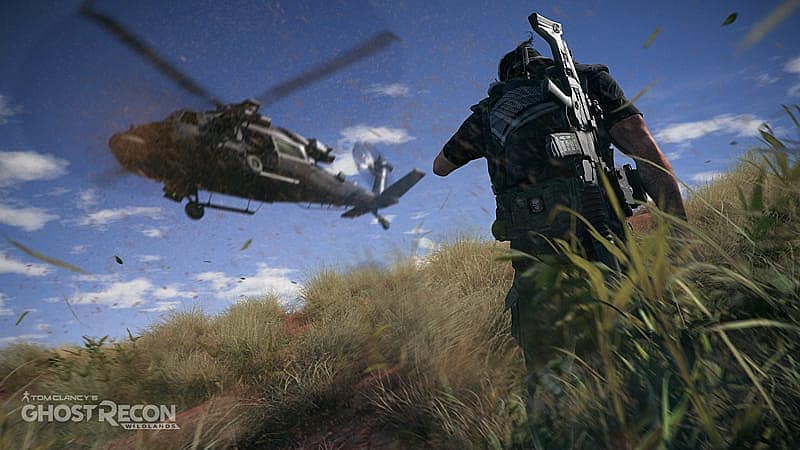 MANIPULATE AND FACE THE CONSEQUENCES
Interact with different factions in the game: gather intel from the Santa Blanca cartel, bribe the aggressive Unidad military force, benefit from the local rebels’ resources, or protect the native population. Start inter-faction battles to cause distractions and help you reach your objectives. The world will react differently to each of your choices: unexpected opportunities and threats could arise from any situation, turning into long-lasting and dire consequences. Manipulate the system. Manipulate the unexpected.

One of the best games this year by far, everything you want out of a game and more…along the lines of FarCry, GTA, Battlefield with a bit of Rainbow six Siege and Battlegrounds
A huge expanse to explore either alone or with team mates
Some may find a more fulfilling gaming experience online with others as you get some of the missions completed quicker.
I enjoyed was being able to drive and fly all the vehicles, and can go anywhere without fear of walking out of game play
If you explore enough you will get plenty of weapons and won’t need to buy too much else,I picked up a sniper rifle down a mine in under 45 minutes of online game play
try the side missions as you get lots of points towards things like a parachute

some may find playing alone tiresome  as the bad guys are always after you,
Playing in an online game is preferred by some as you all get  the perks anyone finds and the bad guys don’t hassle you as much
Ranking up and score can take a while but overall a great interactive experience
I found it hard to put this one down, so much to do and so much to see.
If you like adventure and loosing yourself for a weekend then this is for you