Where Legends Are Made’ encapsulates the return of PES, with new features, modes and an unparalleled gameplay experience. This year’s edition bring the biggest changes to the award winning series seen in a decade, which will set a new standard for soccer games, and raise expectations for the future of the franchise. 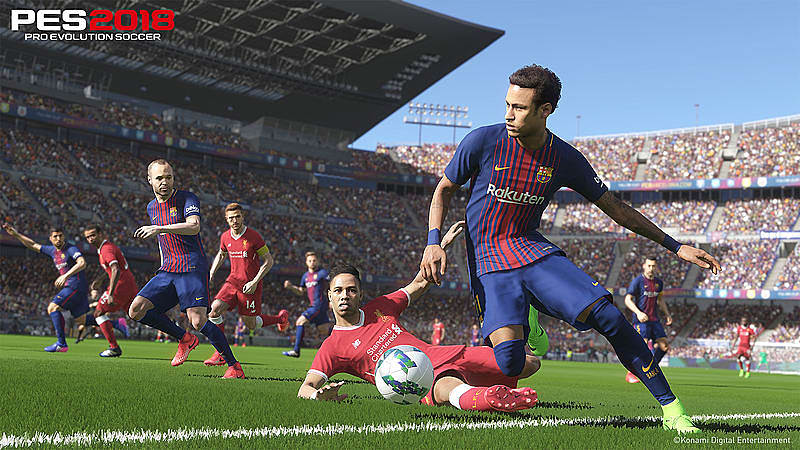 No part of PES 2018 has been left untouched, giving you new ways to play with a number of gameplay improvements, Online Co-op, Random Selection Match, and a complete presentation overhaul with lifelike player models, new menus and real player images. 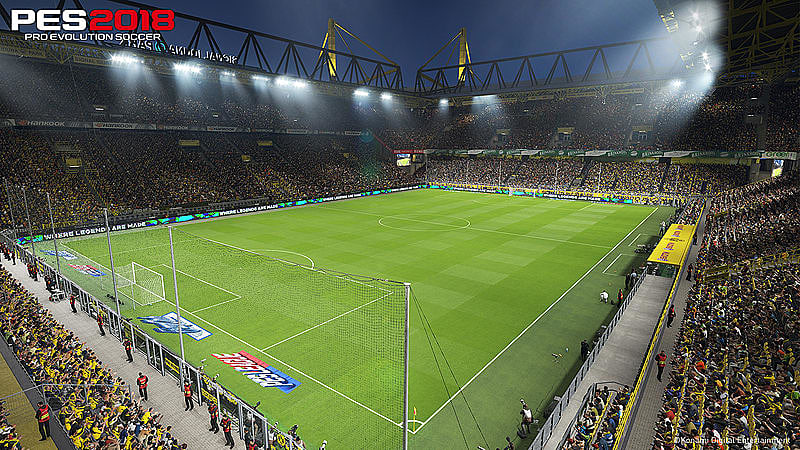 PES 2018 embraces the world of eSports with new integration of PES League across Online modes, including a new 3v3 competitive mode allowing users to join forces to win big prizes. This, alongside bringing the PC version to a level that meets the quality standard of its PS4 counterpart, only scratches the surface of the significant changes to PES 2018. 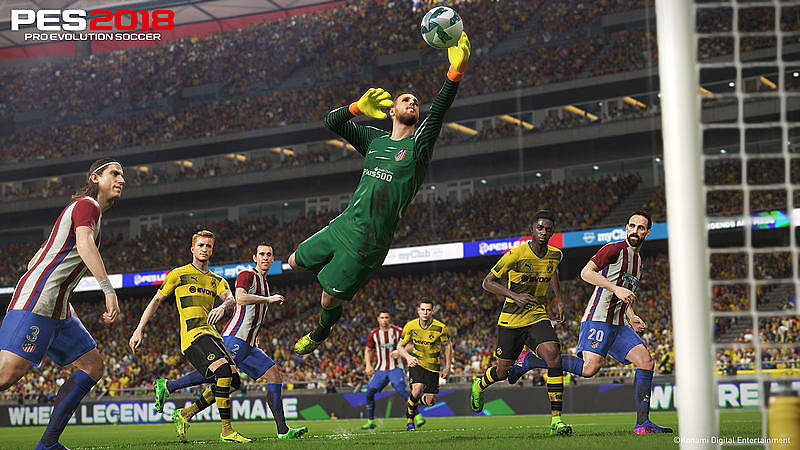 1.GAMEPLAY MASTERCLASS- The world renowned gameplay quality has been finely tuned and refined to recreate the authenticity of the beautiful game, including a more realistic game pace. Strategic Dribbling gives the user significantly more control in possession, with the addition of contextual shielding to protect the ball, as well as simple stick controls triggering realistic, subtle movements  to wrong foot defenders.. Real Touch+ adds a new dimension to ball control, with full body touch allowing various parts of the body to control the ball based on the unpredictability of the ball movement. Set pieces have been reworked with a new FK and PK system, alongside the option to choose the new one player kick off. 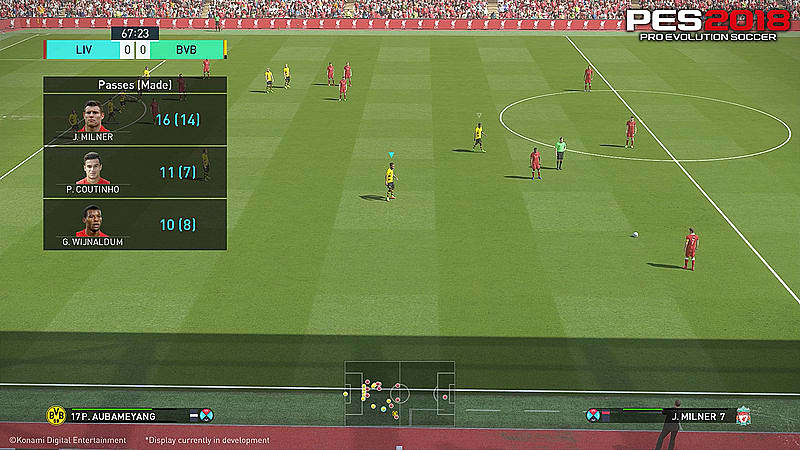 2.PRESENTATION OVERHAUL- New UI for all menus and real player images for gameplan screen and myClub, as well as new in-game presentation giving the game a new broadcast feel. 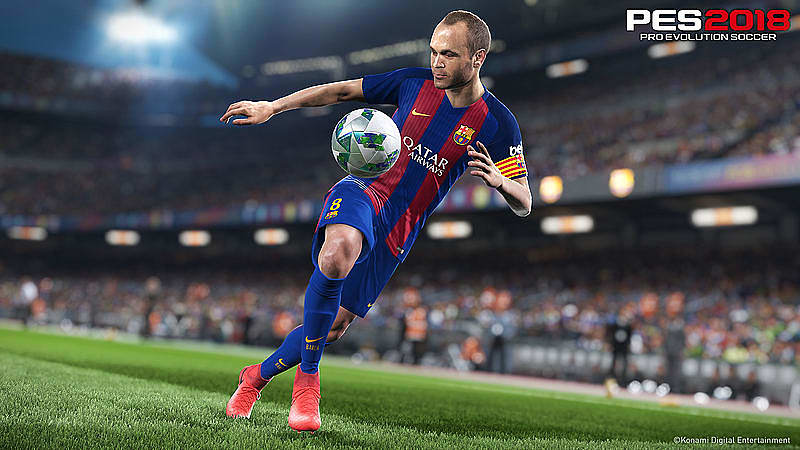 4.ONLINE CO-OP- A new mode dedicated to 2v2 and 3v3 co-op play, with support for local guests. Play together with friends, take your team to the top or simply have some fun via one-off casual matches. 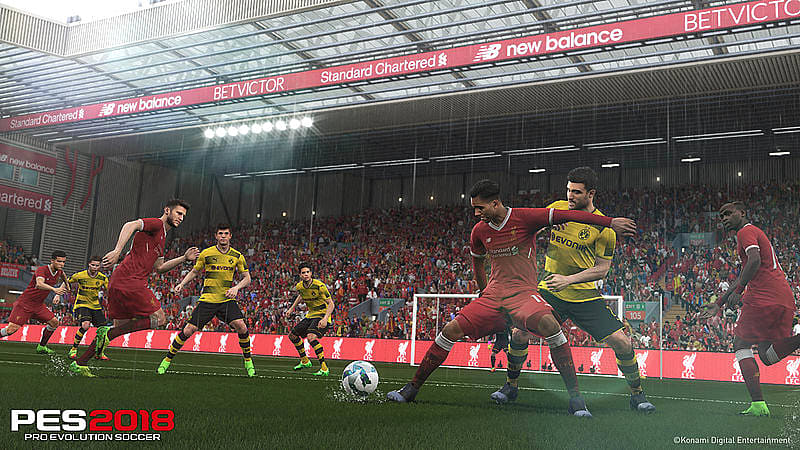 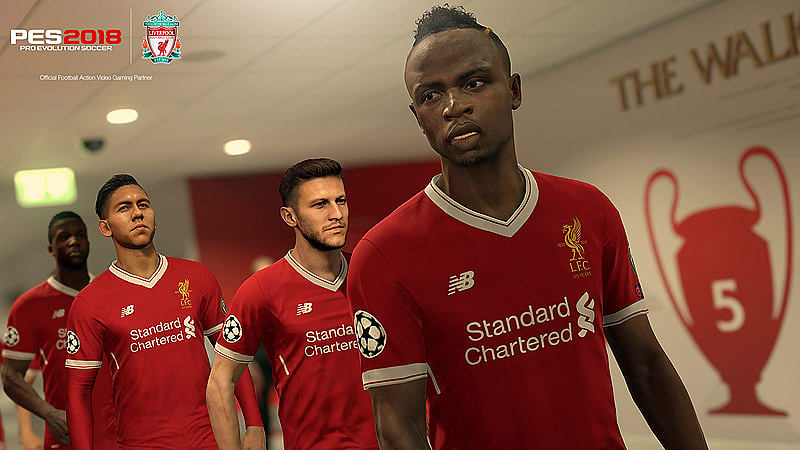 6. ENHANCED VISUAL REALITY- Realistic visuals recreate the authenticity of football, all the way down to the finer details thanks to Real Capture. The benefits include true-to-life stadium lighting for day and night matches, pitch turfs and player tunnels that were recreated from more than 20,000 intricate elements of genuine data that was collected at the Camp Nou and Signal Iduna Park. Players have been motion captured in equally realistic environments, allowing for a complete rework of the animation system, starting with core movement such as walking, turning and body posture. Additionally, player models have been completely changed, with special attention paid to kit fitting and short size. Players photo scanned from partner teams will receive full body tattoos, including Marco Reus, Pierre-Emerick Aubameyang, Philippe Coutinho and Neymar Jr. 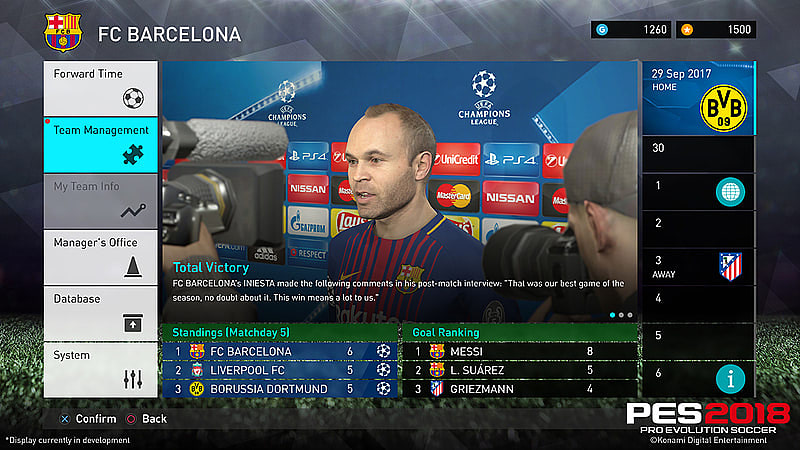 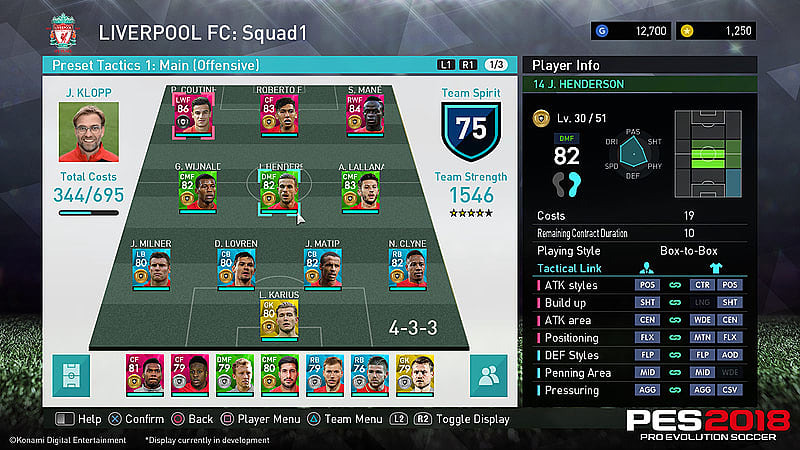 Jonas Lygaard the Senior Director of Brand and Business Development at Konami says, “This is the biggest PES launch in decades and we are thrilled to be able to share it with fans after such a great reaction worldwide from the demo release and success at this year’s E3 and gamescom events. We have worked hard to give players the most realistic playing experience to date and are very proud of what we’ve achieved. With legends like Beckham now appearing in game, we’ve reached new heights with PES 2018 and we can’t wait for fans to try it!”

Well it’s superb. Greatest edition of arguably the best football game money can buy. Offline play is great, computer AI changes how it plays between teams which keeps the game refreshing and never boring. Each game is different and you will never score the same goal twice. Ball physics and player animations are awesome and fluid, always seeing new animations which make the game play very realistic. PES 2018 has the edge over Fifa for me , it may not be perfect and has the usual licencing / presentation problems, suicidal commentary, infuriating blatant cheating by the computer along with dubious refereeing decisions, inconsistent goalkeepers and sometimes dodgy player switching but despite all this it still simply plays a cracking and very addictive game of football, in my opinion more realistic than Fifa

Excellent game and well worth buying. This game is for football fans.